I could have been a violent killer, but I got help - opinion

Tcking bombs can and should be neutralized, even today and at a young age, in schools, boarding schools and neighborhoods.

It’s outrageous, it really keeps me up at night. I see the face of the murderer, read about him, hear the neighbors’ testimonies about him and deep in my heart I know it could have been me.

Because I was there, too, filled with anger and controlled by a short temper. The fist that’s clenched and ready to attack anyone if they only dare to say, look, or hell, even if they breathe in my direction when I’m angry.

And why? Because that’s what I knew and my reality didn’t allow me to see another way of living. When my father and my older brother go to prison and when there is tension in the house it makes it impossible to grow up calmly. My mother struggles to keep everything together but mainly, this reality created a great rage in me that accumulated because my father was not around. Again and again, family members went to prison and left my life. 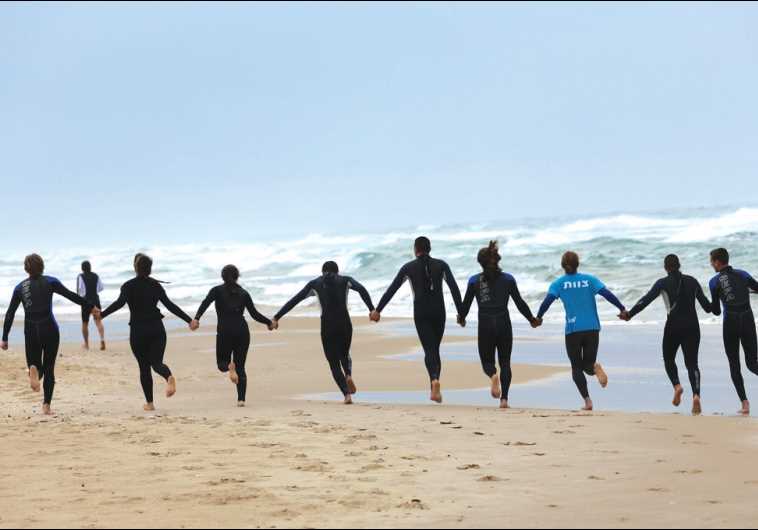 This anger became the enemy of those around me but mainly, I am my own enemy and unfortunately, I’m not alone. Like me, there were and are many more. Boys and girls who instead of going to school are beaten. Instead of acquiring an education, they close drug deals. Instead of growing, they destroy. Instead of developing, they indulge in self-destruction and there is no guiding hand. Not in these neighborhoods, not in this reality. It is a known chronicle of failure, a one-way route to prison and worse, for taking human life and being a murderer. It’s scary.

There is another way

But I am proof that there is another way. You can break the cycle. Even if the path seems to be paved in advance, it is still possible to create a new way.

MY RESCUE came with the help of an association called HaGal Sheli – catching the wave of life, which advances youth at risk through surfing. And this association swept me away, an angry and drowning boy, and - sorry for the cliche - helped me ride the wave. It is a wave of successes, struggles and resolving anger in a pleasant way.

Suddenly something changed. There was no atmosphere of tension, violence or anger, only me and the surfboard maintain balance. Suddenly they see me: Neria, not the bully or the threatening criminal, but a boy who just got lost and just wants to feel at home for the first time.

And I found a home. Two years later, at the age of 18, I am already enlisting in the army as a fighter. I am a fighter in the IDF. I dared to dream and develop ambitions and faith in myself. A few years later, I now study software engineering and divide my time as a guide in the HaGal Sheli association, meeting youth who are like I was. Today, I work in a hi-tech company and take on the greatest and most sacred responsibility of all: starting a family and raising a precious baby.

The HaGal Sheli association saved my life. Fortunately, it is not the only one and in Israel, there are many diverse associations that save the lives of boys and girls every day, break them down and then rebuild them wired for good. Associations that are a lifeline not only for boys like me but for society as a whole.

It is the duty of the state, every municipality and every community to adopt, push and support these associations. They have the power to influence, save lives, change society and defuse bombs that endanger us all. The murder of the late Yuri Volkov and the stabbing of the high school student in Rehovot shocks everyone in Israel because it can happen to anyone – anyone. There is no way to know who will be the next victim.

But ticking bombs can and should be neutralized, even today and at a young age, in schools, boarding schools and neighborhoods. And if you can’t help, look to the associations and the institutions that have proven themselves over the years.

Because I was a ticking bomb, I could have been a murderer, I, Neria, was saved. Now is the time to reach out and cast a rope or a lifeline for today’s boys and girls, and for the prevention of harm tomorrow.

The writer is currently a mentor at the HaGal Sheli association.