What is the true history of Israel? A story at a Jerusalem park - opinion

Should we be concerned that Arab youth, living in the heart of Jerusalem, presumably as citizens of this country, don’t know or believe in the history of this country they live in?

It’s 8:30 p.m. on a January night in Jerusalem. It’s cold, dark, wet, and windy outside. As the city traffic and noise die down, my 15-year-old son comes striding down the apartment hallway with his basketball in one hand and his jacket in the other.

He announces he’s off to play basketball with a friend in Park Gonanim, a stone’s throw from our apartment. I hide my concern that he may catch a cold in favor of encouraging exercise and socialization. I expect him to return a few hours later, tired and sweaty!

Thankfully, my son returns a few hours later, tired and sweaty, as expected. Though, unexpectedly, he wants to share something unsettling that just happened at the basketball court in the park.

He proudly answers, “Israeli!” The Arab teens snicker and wipe their hands together, as if to dismiss Israel’s existence. 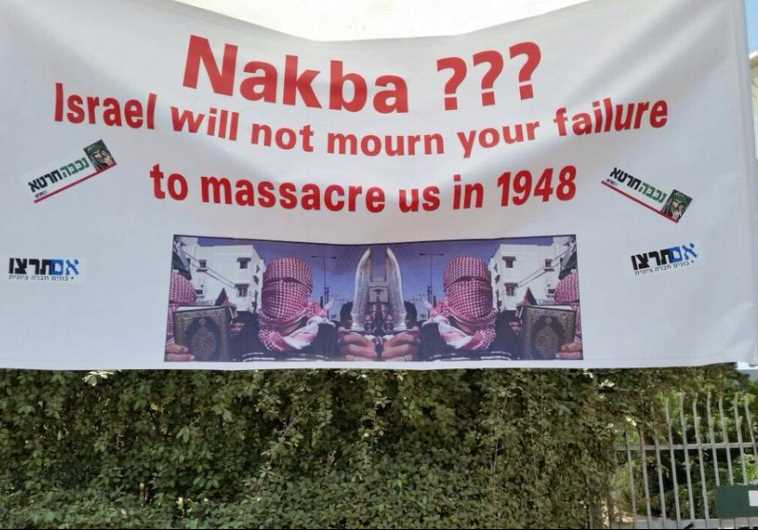 The Arab teens tell my son, “Do you know the Israelis are a made up, fake people? They only came here at the ‘Nakba’ [the 1948 War of Independence that the Arabs refer to as the ‘Catastrophe’]. The Israelis either threw the Arabs out of their homes, or killed them. They killed hundreds of Palestinians. Then the Israelis took the Arab’s land, their homes, or destroyed them. The Palestinians have lived here for hundreds of years. The Israelis have lived here for only 74 years.”

That’s not true, my son protests, “The Jews have lived in Israel way before there were any Arabs, even before Muhammad was born!”

The Arab teens disagreed and claimed my son was lying!

My son continued to argue that during and after the Holocaust in Europe Jews tried to come to Israel, but were turned away, back to their deaths in Europe. My son asks the Arab teens, “Do you know about the Holocaust?” The Arab teens say “No.” My son asks, have you heard of Adolf Hitler? “Never,” they claimed. Well, my son says, “Hitler killed six million Jews. Do you know what six million is?”

Then they called my son a donkey several times, and not realizing he understood their Arabic, they professed to my son that they just gave him a very nice blessing!

Why do Arab youth not know the history of Israel?

Park Gonannim is a sprawling green oasis in the middle of the city. It is nestled between Talpiot on the east and Katamonim on the west. It is just off the Messilah, near the Arab community of Beit Safafa in the western side of Jerusalem.

Though my son was not physically hurt, he did feel intimidated. Should we be concerned that the verbal intimidation my son experienced will lead to harassment or physical harm in the future? Do we need a police presence in Park Gonanim at night as a deterrent to harassment, intimidation, or worse? I do not believe my son was the first or last to be targeted in this manner. Or do we tell our teens living in Jerusalem not to play ball after dark in the Jerusalem parks?

Should we be concerned that Arab youth, living in the heart of Jerusalem, presumably as citizens of this country, don’t know or believe in the history of this country they live in?

In other countries, like the US, where I’m from, it’s an educational requirement that one learns American History to receive a high school diploma. Assuming there is an educational requirement for Arab students in Israel to study Israeli history, is it enough? Are the Arab youth actually taught this part of the curriculum? Are they accountable for the knowledge? How can we make the youth accountable?

What if Israeli history were part of the bagrut matriculation exams? That way, anyone wanting a bagrut certificate or higher education in Israel would be forced to study Israeli history. The only policing required is a neutral proctor for the exam.

“The world is a dangerous place to live, not because of the people who do evil, but because of those who look on and do nothing.”

“The world is a dangerous place to live, not because of the people who do evil, but because of those who look on and do nothing.” (Albert Einstein)

The writer made aliyah in 2017 from South Florida and lives in Jerusalem. Prior to that, she practiced law in the US for over 30 years and was a special magistrate in Florida for over 15 years. Her son Daniel, of blessed memory, was killed in a terror attack in Tel Aviv in 2006.