Why aren't humans covered in body hair like animals are? - study

Humans appear to have the genes for a full coat of body hair, but evolution has disabled them, a new study has found.

Why are many animals covered with hair all over their bodies, but humans aren’t? Why we have significantly less body hair than most other mammals has long remained a mystery. But a first-of-its-kind comparison of genetic codes from 62 animals is beginning to tell the story of how people – and other mammals – lost their locks.

Humans appear to have the genes for a full coat of body hair, but evolution has disabled them, according to scientists at the University of Utah Health and the University of Pittsburgh who published their results in the journal eLife. The study, titled “Complementary evolution of coding and noncoding sequence underlies mammalian hairlessness,” points to a set of genes and regulatory regions of the genome that appear to be essential for making hair.

The research answers fundamental questions about mechanisms that shape this defining human characteristic. The scientists suspect it could eventually lead to new ways to recover hair after balding and chemotherapy or in people with disorders that cause hair loss.

The study also shows that nature has deployed the same strategy at least nine times in mammals that sit on different branches of the evolutionary tree. Ancestors of rhinos, naked mole rats, dolphins and other hairless mammals stomped, scuttled and swam along the same path to deactivate a common set of genes in order to shed their hair and fur.

“We have taken the creative approach of using biological diversity to learn about our own genetics,” said Dr. Nathan Clark, a human geneticist at the university in Utah who carried out much of the research while at the University of Pittsburgh with Dr. Amanda Kowalczyk and Dr. Maria Chikina. “This is helping us to pinpoint regions of our genome that contribute to something important to us.” 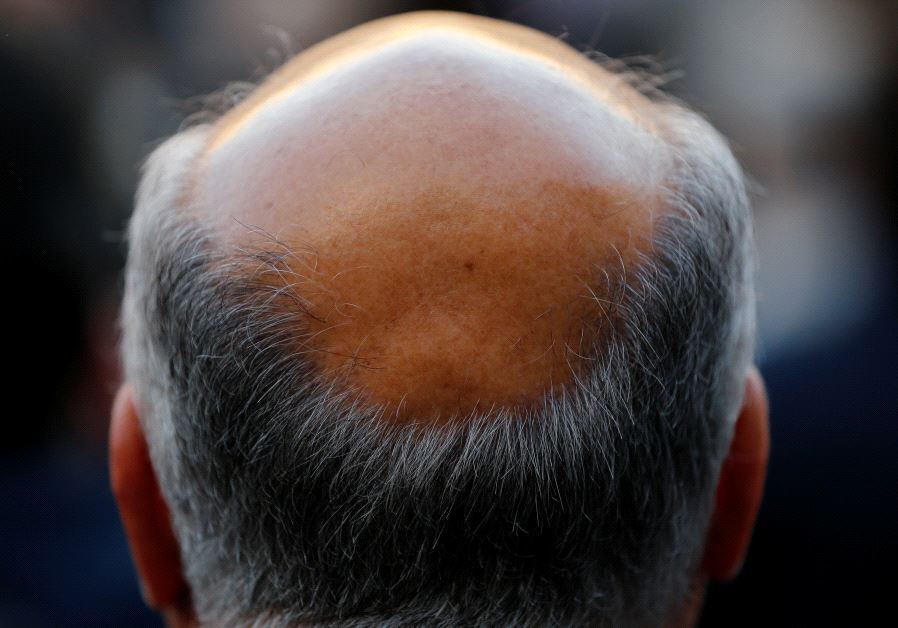 A man with baldness is seen in Seville, southern Spain (credit: REUTERS)

Body hair in animals and humans: The pros and cons of being hairy or hairless

Whether talking about a monkey’s coarse body hair or a cat’s soft fur, hairiness looks different across the animal kingdom. The same goes for hairlessness. Humans have a characteristic tuft of hair on their heads, but because our body hair is less conspicuous, we fall into the “hairless” category. Joining us are other mammals with hints of hair like elephants with their sparse covering, sheer-coated pigs and mustachioed walruses.

There are benefits to having a receding hairline. Without dense hair, elephants cool off more easily in hot climates, and walruses glide effortlessly in the water. Despite the varied reasons, Kowalczyk found that these and the other hairless mammals the team analyzed have accumulated mutations in many of the same genes. These include genes that code for keratin and additional elements that build the hair shaft and facilitate hair growth.

Regulatory regions of the genome appear to be equally important, the research additionally showed. These regions don’t code for structures that make hair but rather influence the process indirectly, guiding when and where certain genes turn on and how much is made.

They also discovered genes with a role in sprouting hair that had not yet been defined. Combined with additional evidence – such as signs of being active in the skin, these findings highlight a new set of genes that could be involved in growing hair. “There are quite a lot of genes about which we know little,” Kowalczyk continued. “We think they could have roles in hair growth and maintenance.”

“There are quite a lot of genes about which we know little. We think they could have roles in hair growth and maintenance.”

To detangle the mystery of mammalian hair loss, the team searched for genes in hairless animals that evolved at faster rates compared to their counterparts in hairy animals. “As animals are under evolutionary pressure to lose hair, the genes encoding hair become less important,” Clark said. “That’s why they speed up the rate of genetic changes that are permitted by natural selection. Some genetic changes might be responsible for loss of hair. Others could be collateral damage after hair stops growing.”

They developed computational methods to compare hundreds of regions of the genome simultaneously, surveying 19,149 genes and 343,598 regulatory regions that were conserved across the dozens of mammalian species they analyzed. In the process, they took steps to discount genetic regions responsible for evolving other species-specific traits, such as adapting to aquatic life.

The fact that the unbiased screen identified known hair genes showed that their approach worked. It also suggested that the genes identified in the screen that was less well-defined could be just as important for having hair or not having it, added Clark. The researchers are now using the same approach to define genetic regions involved in preventing cancer, extending lifespan and understanding other health conditions.