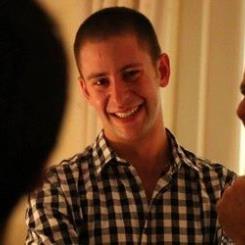 He has served as a combat medic in the IDF and formerly interned at the Permanent Mission of Israel to the United Nations.

Originally from Manchester, UK, he now lives in Tel Aviv.

Sir Richard Branson: Israel is a country of great entrepreneurs

Toyota partners with Israel's OurCrowd to hunt for innovation