In 2017 Israel marks the 50th anniversary of the Six Day War in which Israel swiftly and surprisingly won, defeating three of the mightiest armies in the region and ensuring the young Jewish state's survival. As a result of the Six Day War Israel captured the Sinai Peninsula, Gaza Strip, West Bank, Old City of Jerusalem and the Golan Heights

The blessings and curses of Israel's 1967 victory

Israel and US Jewry - the proverbial couple 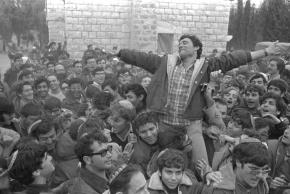 Coping with a messianic hangover