The gold was reportedly buried by an Iron Age chieftain back in the sixth century. The stash included lavish jewelry, Roman coins, an ornament, medallions known as bracteates.

The gold was reportedly buried by an Iron Age chieftain back in the sixth century. The stash included lavish jewelry, Roman coins, an ornament and medallions known as bracteates. Some of the artifacts' inscriptions possibly reference contemporary rules of that era, but also some may refer to Norse mythology.

One finding was a bracteate inscribed with the words "the high one" - which may refer to the Norse mythology god Odin.

One gold coin depicted Constantine the Great, meaning that it must date back earlier to the Roman Empire. Some Roman coins have been made into jewelry, Vejle Museums stated.

The treasure hunter who made this discovery, Ole Ginnerup Schytz, discovered the hoard in the town of Vindelev on land belonging to his old classmate, the museum also stated. 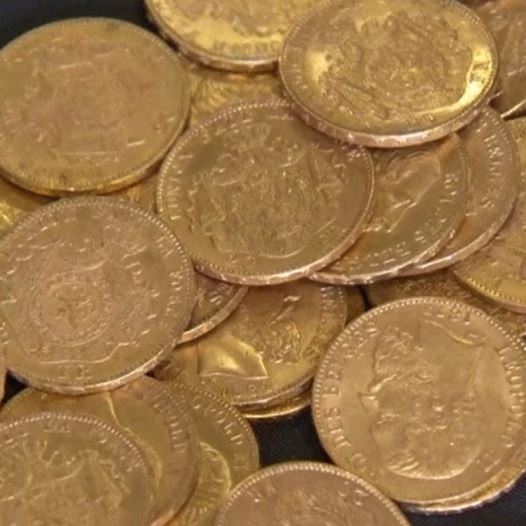 Archaeologists from Vejle Museums stated that the gold was buried in a longhouse, implying that Vindelev was a village of some significance during the Iron Age.

As of today, more than 40 kg of gold dating back to the Iron Age have been found.