PA envoy: Israel has committed most terrible massacres since WWII

The Palestinian Authority's ambassador to the UN, Ibrahim Khraishi, continues to argue for sanctions against Israel to be put in place.

Israel has carried out the worst humanitarian massacres since World War II ended in 1945, Palestinian Authority Ambassador Ibrahim Khraishi charged in a speech to the United Nations Human Rights Council in Geneva on Friday.

“Israel has committed the most terrible crimes and massacres against humanity since WWII,” he said as he accused the Biden administration of “blind bias” toward Israel.

“So, Israel is the primary [nation] responsible for the international legal chaos, supported by the positions of a number of countries led by America,” he said.

The UN must work to deter “Israeli aggression” and to hold Israel accountable for its violations of international law, Khraishi said.

The ambassador spoke under Agenda Item 7 during the 51st session of the UNHRC, which began on September 12 and is scheduled to end on October 7.

The council is mandated to debate alleged Israeli violations of international humanitarian law at each one of its three annual sessions. No similar mandate has been imposed upon any other country. Israel routinely boycotts Agenda Item 7, arguing that it is an example of UN bias against the Jewish state.

Khraishi’s speech to the council fell in line with the increasingly hostile PA rhetoric against Israel. His words were delivered in Arabic and translated into English by the UN.

What has the PA accused Israel of most recently?

At the United Nations General Assembly in New York earlier this month, Abbas accused Israel of committing “50 massacres” against the Palestinians.

In Geneva on Friday, Khraishi charged that “Zionist gangs committed more than 50 massacres against our people.”

He referred to Israeli violence against the Palestinians during the 1948 Israeli War of Independence, charging that Israel destroyed 550 Palestinian towns and villages and displaced more than 950,000 Arab citizens. 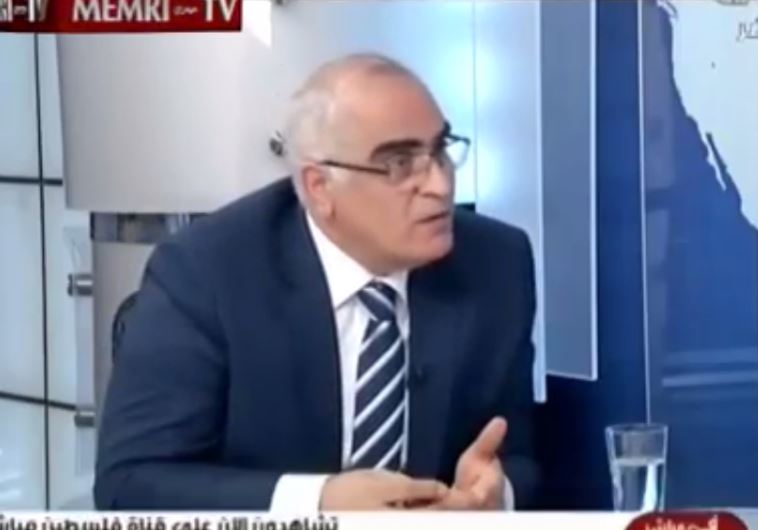 Palestinian envoy to the UNHRC suggests that Jews should return to their countries of origin (credit: MEMRI)

He did not reference the 850,000 Jews estimated to have fled Arab countries in the Middle East due to hostilities directed at them as the result of that war.

During his UNHRC speech, Khraishi called on the international community to boycott Israeli products, particularly those produced in Israeli settlements. He also called for an arms embargo against Israel.

“Stop selling and buying weapons from Israel as it exports killing machines to many countries of the world,” he said.