The runway and underground facilities at the Shayrat airbase have undergone a major expansion by the Russian military in the last three years.

Two Syrian soldiers were killed and three others were injured in alleged Israeli airstrikes that hit the Shayrat airbase southeast of Homs on Sunday evening, according to Syrian state media SANA. The airbase is frequently used by Russian forces stationed in the country.

The airstrikes were conducted from over Lebanese airspace in northern Lebanon, according to SANA. Syrian journalist Nour Abo Hasan reported that the airstrikes targeted a shipment of weapons intended for Hezbollah which was on its way to Lebanon near the airport.

The runway and underground facilities at Shayrat, including aircraft shelters, have undergone a major expansion by the Russia military in the last three years, the military source said. Russia, which maintains a major military presence in Syria, has forces stationed near to Shayrat air base and uses the base, security sources say. 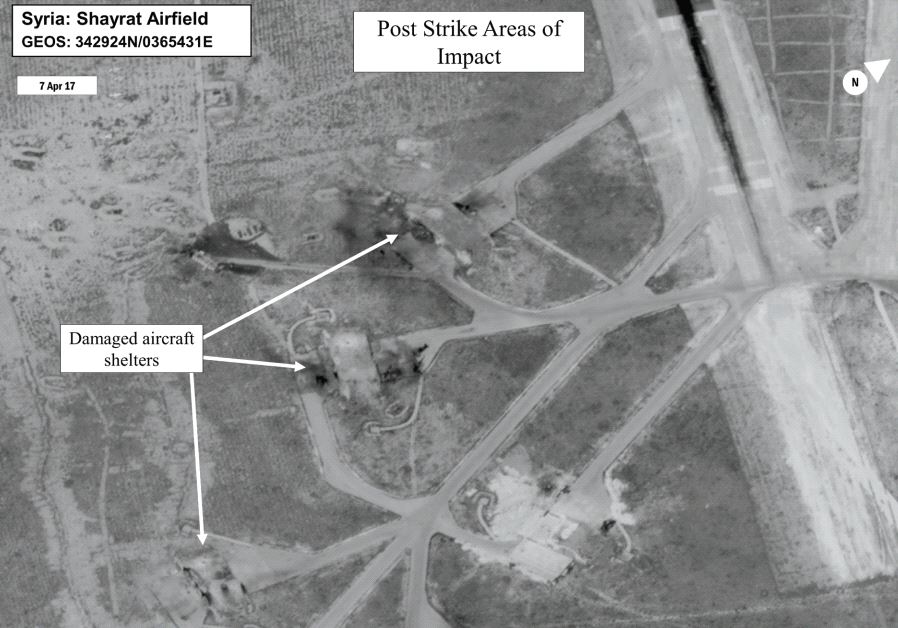 Last airstrike to target Shayrat was almost exactly a year ago

The last Israeli airstrike to target the Shayrat airbase was reported in November of last year, when two Syrian soldiers were injured in strikes targeting sites near Homs and Tartus. The airport has been used by Russian forces in the country as well.

Shortly before that airstrike, the ALMA Research and Education Center reported that Iranian UAVs were being transferred to the Shayrat Airbase.