"Be it resolved that The UTSU wholly divest funds & further on forbid investment to firms complicit in the occupation of Palestinian Territory," read the motion. 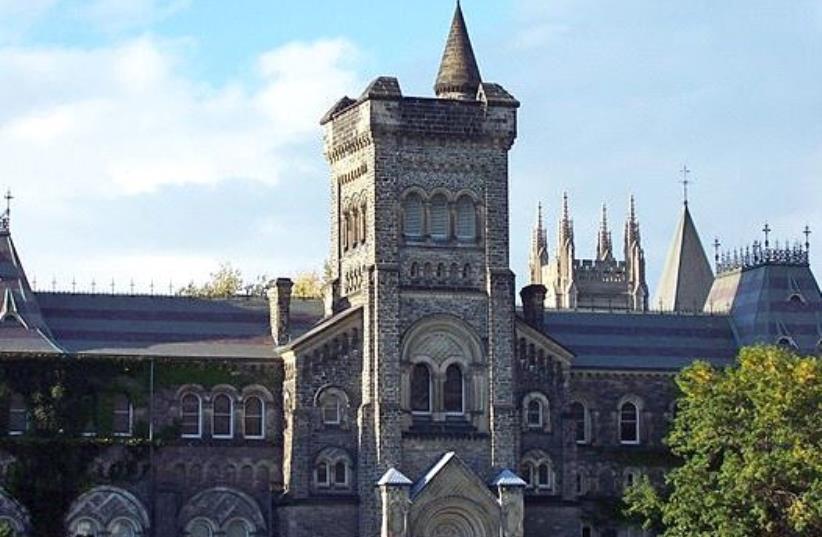 The University of Toronto's Student Union voted on Wednesday to divest from and sanction companies involved in Israeli administration of the disputed territories.

"Be it resolved that The UTSU wholly divest funds & further on forbid investment to firms complicit in the occupation of Palestinian Territory," read the motion in the agenda of the special general meeting on February 16.

In a letter to University president Meric Gertler, Hasbara Fellowships Canada, a pro-Israel NGO, argued that the motion was "so vaguely worded that, depending on how it is interpreted, it could potentially lead to the banning and boycotting of Jewish-owned businesses."

“Last night’s vote represents a pattern of antisemitism at the University of Toronto that has gone unchecked for years,"  Executive Director of Hasbara Fellowships Canada Daniel Koren told The Jerusalem Post.  "When 'U of T' allows student unions to promote BDS — Even when their own committees have found BDS to be discriminatory — It emboldens students to target Israel and the Jewish People."

In November, the university's Scarborough Campus Student Union passed a motion that pledged to only order from kosher caterers who “do not normalize Israeli apartheid.” Like the newest motion, the vagueness of the wording caused concern for kosher observant Jewish students, who feared it would interfere with their ability to keep kashrut on campus.

The university issued a denunciation of the motion.

"Despite the controversies that have erupted on campus in recent years, 'U of T' has done nothing to prevent these discriminatory attacks on Jewish students on campus," Koren said to The Post. "There can be no more delay — 'U of T' must take a concrete action, adopt the IHRA definition of Antisemitism, and take a firm stand against hatred — now.”