Half of fertility problems are related to men, but unlike women, they’re much less aware and much more embarrassed to approach the subject.

In recent years, it’s become clearer that the sperm count of men is significantly decreasing, which has resulted in an increase in fertility problems. Dr. Snir Dekalo, Director of the Men's Health Clinic at Tel Aviv Sourasky Medical Center was a guest on the "Expert Clinic" podcast to explain why this happens and how to deal with the phenomenon.

Dekalo explained that in recent years a lot of myths in the field of fertility have been shattered. In the past, if a couple had difficulties conceiving, the basic assumption was that there was a problem with the woman, but today we know that 50% of fertility problems originate in men.

Dekalo stated that unfortunately, this awareness is still not high enough as it is among women, but as there is half and half in everything, men also take an equal share in fertility problems.

Has our awareness only increased or has the state of male fertility really deteriorated?

The answer to this is complex as there is data here and there. Dekalo said that data shows that sperm counts go up and down. 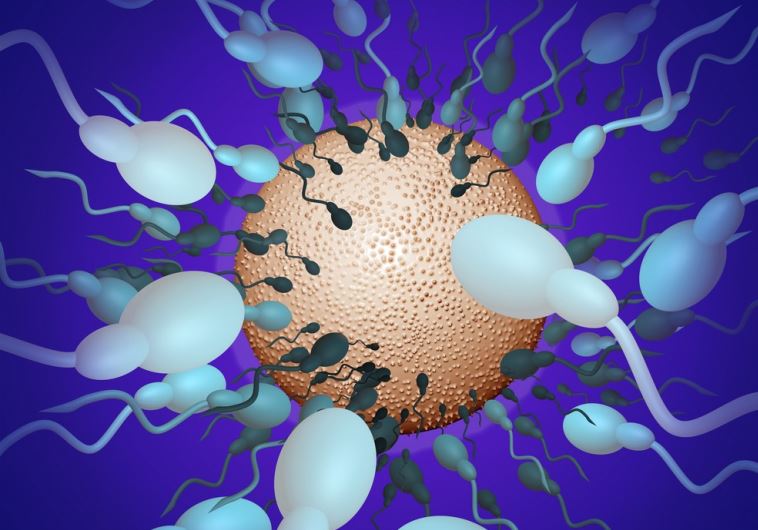 Sperm quality is decreasing and we don't know why. There are several guesses but none have been definitively proven like pressure, stress, obesity, smoking and carrying a cell phone in the front pocket.

Yet it could also be that testing is more accurate and therefore we find more problems, explained Dekalo. What can be said with certainty is that a man is also an equal partner in fertility problems, and just as there’s a huge variety of treatments that help women, there are treatments for men.

You need at least 40% of the sperm to be with good motility, and sperm quality must be good. When one of these parameters isn’t normal, the source of the problem can be found.

What fertility problems do men have?

Let's start with the extreme case of male fertility problems. One out of every 100 men has no sperm in the ejaculate at all: the fluid is completely empty of sperm.

This is obvious for most men who have had chemotherapy treatments or whose testicles didn’t develop for all kinds of reasons, but in most men Dekalo says it comes out of nowhere.

When asked why this happens, Dr. Dekalo said that some men have an obstructive disorder. The testicles produce sperm, but somewhere along the way there’s a blockage.

In these men, sperm can be found very easily, and sperm is usually extracted directly from the testicles surgically. Dekalo added that the rate of success in such cases is 100%.

In cases of low sperm concentration or low motility, help is usually needed. Sometimes a spontaneous pregnancy does occur in these cases, but when this isn’t possible, treatment is necessary.

Dekalo said to start with lifestyle changes, from losing weight to stopping smoking. The things that apply to general health are also relevant for sperm health.

In cases of insemination treatments or in vitro fertilization, the sperm is treated and enhanced, and sometimes a single sperm is inserted into an egg under a microscope.

There are also cases of unexplained fertility problems, and it’s quite common for both parties to be normal, but the woman can’t get pregnant so doctors use in-vitro fertilization. Dekalo stated that some men have hormone levels in the sky, that the brain tries to transmit to the testicles to produce sperm and the testicles won’t listen.

These people will usually also have relatively small testicles, and these are the extreme cases where the intervention is surgical where Dekalo tries to extract sperm from the testicles under a microscope in an operating room.

Does a man's age affect fertility?

Dekalo explained that a man produces sperm throughout his life, but the quality of the sperm decreases over the years. A man aged 70 can be fertile but will probably be more prone to disasters in the context of genetic problems in the fetus. Yet this is rare.

Dekalo added that most men remain fertile even at a relatively late age, but the sperm also goes through a process. It's not the famous biological clock of women, but that's also a consideration. Dekalo said that when a young man knows there’s a problem with his sperm, he’s advised to bank sperm like a woman who freezes eggs.

Is it harder for men to deal with fertility problems than women?

Dekalo says absolutely. In his practice he deals with male fertility and also with sexual dysfunction. Usually there’s no connection, but sometimes these things go together.

Dekalo added that he believes today people are more open, they read more so they understand that they aren’t the only ones. He conveys this to them which gives them a very comfortable feeling. The men he meets with are open and discuss the issues.

From the moment men realize that they aren’t the only ones, it breaks some kind of barrier after which it’s easier to move forward with treatment. The fact that 1 in 100 men has no sperm at all is a lot, and most people don’t know this.

As soon as people realize that there are other people like them, someone to talk to and treat them, it becomes easier, Dekalo concluded.