Quash colds with these five foods

Have a cold? These five foods will help with the runny nose.

Do you have a cold and can feel it in your sinuses? Although medications like antibiotics won’t help a cold that includes runny nose and cough, some foods can alleviate symptoms and even shorten the time you’re sick. Here are five main ones.

Everywhere, whether it's in the office, on the bus and certainly in the kindergartens and schools, you'll run into people with colds, runny noses and coughs. OK, it's not coronavirus or the flu, but a cold is also a type of upper respiratory tract infection. It’s not one disease, and in fact there are about 200 types of viruses that cause it, so there is really no specific treatment for the common cold.

A cold usually lasts between three and seven days in adults, and an average of 10 days in children. However, sometimes a cold can last up to two weeks when the symptoms don’t go away, or if they worsen, can be a complication of a cold. These include pneumonia, bronchitis, sinusitis and ear infections in children.

Just before you give up and give in to being miserable, here are some foods that can help with a cold’s symptoms and even shorten the amount of time you’re sick.

Garlic is perhaps the best-known “grandmother's medicine,” and probably not for nothing. A study published in The Cochrane Library found that adults who took a daily garlic supplement got sick on average three times less often than adults who took a placebo supplement. Those taking the placebo suffered from diseases three times as long and had to take three times as many sick days on average, compared to the garlic-eating group. The researchers estimated that the medicinal properties of garlic stem from an ingredient called allicin, which blocks enzymes involved in both bacterial and viral infections.

Honey has long been considered a home remedy for soothing sore throats and coughs, which are two common side effects in upper respiratory tract infections. Among the grandmother's remedies, which include chicken soup, tea with honey and lemon is certainly a familiar combination.

A study based on an analysis of many studies (meta-analysis) that compared honey to various treatments to relieve cold symptoms such as sore throat, cough and nasal congestion, shows that honey is found to be more effective than over-the-counter medications for cold symptoms.

A meta-analysis of 28 controlled studies published about a month ago showed that taking zinc, which is found in legumes such as lentils, beans and chickpeas, can reduce symptoms and shorten the duration of diseases like colds or flu.

The study found that when zinc was taken as a preventative measure, the chance of developing mild cold symptoms decreased by 28%, while the chance of developing mild to severe colds decreased by 87% following taking the supplement. When zinc was ingested for therapeutic purposes after people became infected and contracted a cold, the researchers found that it was able to slightly reduce the length of time they experienced symptoms. Usually, taking zinc shortened the duration of the worst symptoms by about two days.

Believe it or not, this green and sour fruit is one of the most effective natural remedies for colds. A study published in the British Journal of Nutrition found that eating kiwi can relieve cold symptoms and even shorten the duration of the disease.

The study involved 132 people, half of whom added four kiwi fruits to their daily diet while the other half added two bananas to their daily menu. The results? Kiwi eaters suffered from sore throats for three days less and their congestion symptoms passed four days earlier, compared to the banana eaters group. The researchers attribute the healing effect of kiwi to the high number of nutrients that increase the concentration of erythrocytes in red blood cells.

We certainly can’t conclude this article without mentioning chicken soup that helps treat colds and other illnesses. Soup has several benefits when you’re sick. First, it’s an easy and convenient way to give the body the fluids and salts it needs. Second, chicken soup is full of vitamins and minerals, which are especially important during colds. Most importantly, a 2000 study published in the prestigious medical journal CHEST found that chicken broth has an anti-inflammatory effect, a finding that could explain its ability to treat upper respiratory tract symptoms such as colds. 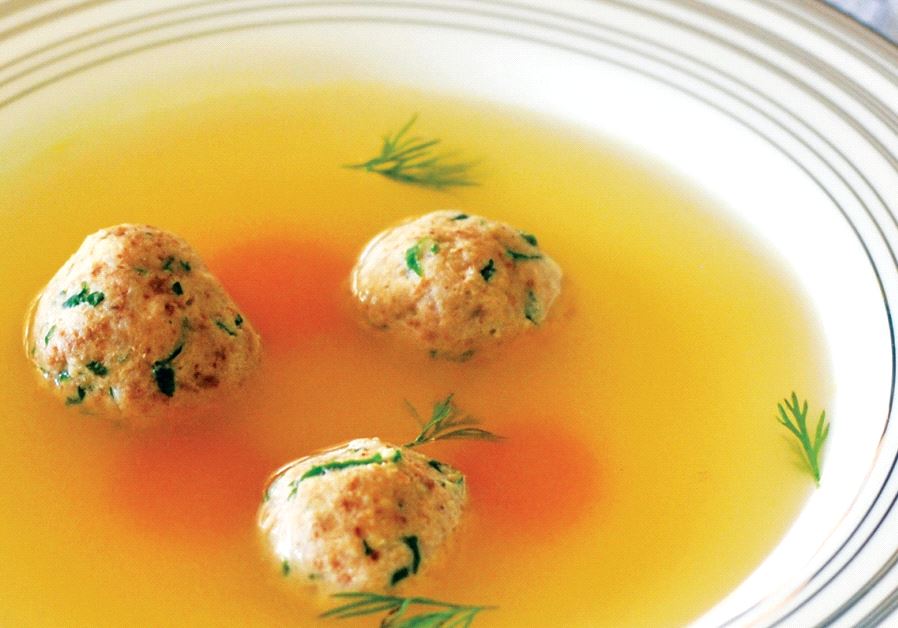 Usually, when someone has a cold, the body responds with inflammation in the upper respiratory tract. The inflammatory response is manifested by the migration of inflammatory cells, white blood cells, to the area. When researchers measured the ability of the white blood cells to migrate through a filter, they found that fewer cells migrated to the side of the container where there was chicken broth. As a result, researchers suggested that some ingredients in the soup might slow down or block the migration of inflammatory cells, thus alleviating cold symptoms.