There will be an increase in temperatures in the mountains and in the interior of the country and it will be hotter than usual for the season. 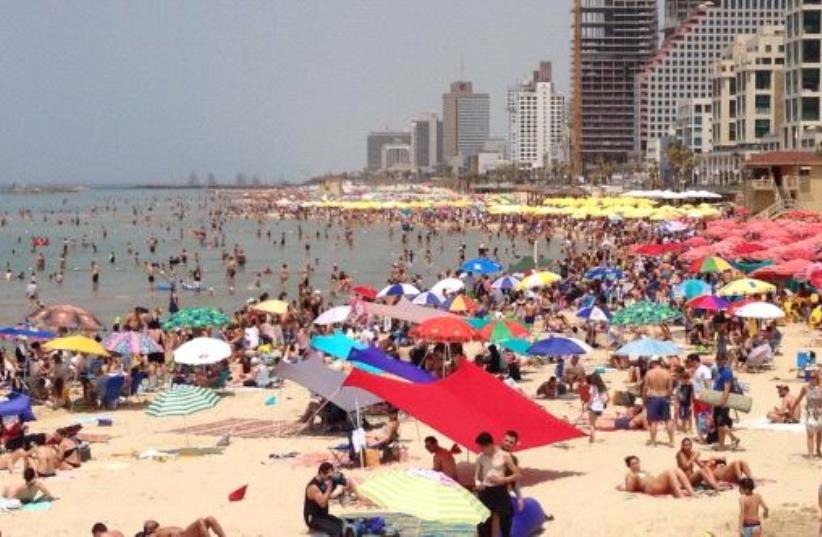 On Friday there will be a slight drop in temperatures and relief from heat waves will be felt. Moderate to strong northerly winds will also blow along the coast. On Saturday, the intensity of the heat wave will be felt in most regions of the country.

Another slight rise in temperatures was felt on Thursday and intense heat waves prevailed in most areas.

On Saturday it will continue to be partly cloudy to clear. There will be an increase in temperatures in the mountains and the interior of the country and it will be hotter than usual for the season.

The intensity of the heat waves will rise in most areas, the coastal strip will be humid and strong northerly winds will blow along the coast.

Temperatures in all of Israel will pass the 30 mark, with Tel Aviv hitting a high of 32 degrees Celsius on Monday, Jerusalem reaching all the way up to 36 and some places like Eilat and Ein Gedi suffering from over 40 degree heat waves.