Where do the US and Israel agree and disagree?

DIPLOMATIC AFFAIRS: Though there will inevitably be clashes between the Biden administration and the Netanyahu government, there will not only be clashes.

Prime Minister Benjamin Netanyahu’s new government was sworn into office a week ago Thursday. Less than a week later, it was being slammed by much of the world, most significantly by the US.

“Israel’s new far-right government draws an early rebuke from the US,” read a CBS News headline on Tuesday. Why? Because of National Security Minister Itamar Ben-Gvir’s early morning visit to the Temple Mount.

US State Department spokesman Ned Price, in his first press conference of the new year, slammed the visit, saying that “we oppose any unilateral actions that undercut the historic status quo. They are unacceptable.” 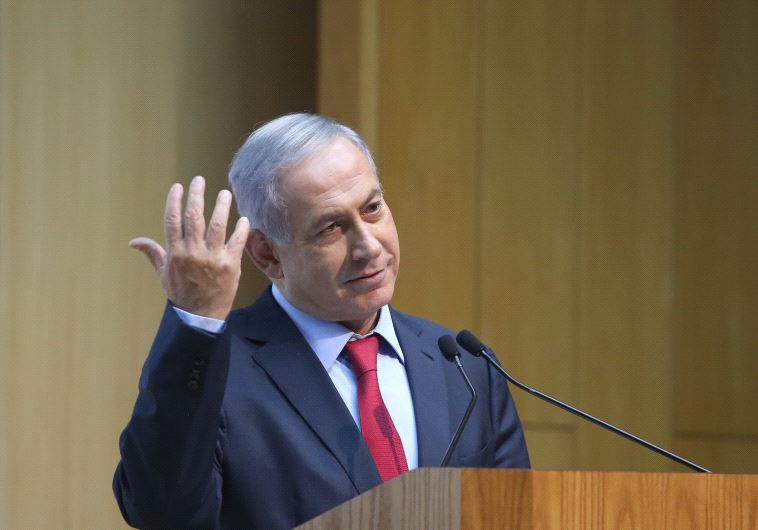 Not exactly the most auspicious beginning to the Netanyahu-Biden era, right?

Well, that would be right if one were to look at this unmistakable rebuke in isolation. The US was clearly opposed to Ben-Gvir’s visit, and viewed it as counterproductive, if not worse.

But the rebuke cannot be seen as standing alone. It must be seen within the context of other issues dealing with Israel that Price also addressed during that press briefing, and at another press conference the following day. In those comments one can see that, along with issues that are sure to be constant sources of friction between the two countries, there are also issues of agreement and areas for cooperation between the two governments, as different as their overall worldviews might be.

Though there will inevitably be clashes between the Biden administration and the Netanyahu government, there will not only be clashes. This, too, came out in Price’s press briefings.

THE AREAS of disagreement are obvious and predictable, beginning with Ben-Gvir’s Temple Mount visit. No one expected that the US would applaud the move, but the administration’s rebuke, so far, stayed within the boundaries of a mild admonishment, nothing more.

It is safe to assume that Netanyahu – who did not use his authority to prevent Ben-Gvir from going to the Temple Mount, as he did in 2015 when he forbade MKs and cabinet ministers from going to the site at a moment of heightened tension – anticipated this type of US reaction, and determined it was something that Israel could both tolerate and weather.

This is certainly not the last time the Temple Mount will come up during the life of this government, or the last time it will highlight disagreements between Israel and the US. At the very least, one can expect this to be an issue every time Ben-Gvir visits the site, something he has made clear he plans to do again and again.

Another major source of disagreement and friction highlighted at Price’s press conference on Wednesday was when he was asked about the government’s stated intent to legalize settlement outposts. Earlier in the week the government informed the High Court of Justice of its plan to legalize the yeshiva at Homesh – one of four settlements in northern Samaria uprooted during the 2005 withdrawal from Gaza – and to rebuild the settlement there.

“The Homesh outpost in the West Bank is illegal. It is illegal even under Israeli law. Our call to refrain from unilateral steps certainly includes any decision to create a new settlement, to legalize outposts, or allow building of any kind deep in the West Bank adjacent to Palestinian communities or on private Palestinian land.”

“The Homesh outpost in the West Bank is illegal,” Price said. “It is illegal even under Israeli law. Our call to refrain from unilateral steps certainly includes any decision to create a new settlement, to legalize outposts, or allow building of any kind deep in the West Bank adjacent to Palestinian communities or on private Palestinian land.”

So there it is, less than a week into the new government’s life, and Washington and Jerusalem are already locking horns. This is a sign, some are warning, of serious trouble that lies ahead; buckle the seat belts, they are advising, for what is sure to be a very rocky road up ahead.

But then Price said something that indicates that things may not get as rocky as some are anticipating.

Shortly after his comments about Homesh, Price was asked about Russia’s Middle East envoy Vladimir Safrankov’s comment that the US would be withdrawing from the Middle East Quartet, which also includes Russia, the EU and the UN.

Noting that the Quartet focused on Israeli-Palestinian issues, Price said, “We have made no secret about the fact that, in our estimation, we are not on the precipice of any meaningful engagement between Israelis and Palestinians toward that two-state solution.”

The spokesman’s acknowledgment that negotiations are not lurking right around the corner removes from the agenda any number of possibly contentious issues between US President Joe Biden and Netanyahu that would surround a renewal of negotiations. In the past, for example, Jerusalem and Washington have sparred over demands that Israel take certain steps toward the Palestinians to enable those negotiations.

One of Jerusalem’s concerns following the US midterm elections was that as a result of a split Congress – with the House under Republican control and the Senate with a Democratic majority – it would be tough for Biden to move forward with his domestic agenda. As a result, he is likely to turn to foreign affairs, where the president is less dependent on Congress to get things done.

And when US presidents turn overseas, one of the first places they traditionally turn to is the Israeli-Palestinian conflict, with its concomitant pressure on Israel to make concessions. Price’s comment is an indication that, at least for the time being, the US is not looking in that direction, thereby removing a possible source of continuous friction, as it was under the Obama administration, when then-secretary of state John Kerry was eager to hit an “Israeli-Palestinian” home run. Price’s comment indicates that this administration is not going there.

WHERE IT would like to go, Price indicated, is somewhere Netanyahu and his government will be very comfortable with, and that is an expansion of the Abraham Accords. Focusing on that would be an area not of friction but of coordination.

When asked about a likely summit of Abraham Accords countries in Morocco as a follow-up to the Negev Summit last year which included representatives from Israel, the US, the UAE, Bahrain, Morocco and Egypt, Price said that while there is no date for such a conference, the intention is definitely to have another ministerial meeting.

One area of oft-predicted friction that looks unlikely to materialize anytime soon has to do with Iran. Price made clear, in words that Jerusalem can only applaud, that a return to the Iranian nuclear deal, known as the Joint Comprehensive Plan of Action, is not in the immediate offing. His comments about Iran made clear that right now the US and Israel are not going to be battling over this issue, as they have in the past.

“The JCPOA hasn’t been on the agenda for some months now,” Price said, blaming the Iranians for not accepting the deal that was on the table in September.

He said that at the top of Washington’s agenda regarding Iran is “to support the universal rights of the people of Iran” and to counter the growing security relationship between Iran and Russia.

“Right now our focus is on the protests, our focus is on what Iran is providing to Russia and what in turn Russia is doing with those materials and wares to the people of Ukraine,” he said, thereby acknowledging that a potential source of great conflict with the Netanyahu government – a desire to restart the JCPOA – is not imminent. That clears away a wellspring of friction that had the potential to poison the relationship early on, as it did in the later years of the Obama presidency.

Regarding Russia, and Israel’s position on the Russo-Ukraine War, this looks like an area where there is room for considerable cooperation, both diplomatic and in dealing with the threat posed by Iranian arms introduced into the area.

Regarding the latter, Price acknowledged that the US has “absolutely” had discussions with Israel about the threat posed by Iranian drone technology. As Iranian weaponry plays more and more of a role in Russia’s attacks on Ukraine, these discussions – this cooperation – is sure to increase.

As to conversations Netanyahu had this week with Russian President Vladimir Putin, and Foreign Minister Eli Cohen had with his counterpart Sergei Lavrov, Price did not indicate that – as some Israeli pundits argue – these contacts put Israel on a collision course with the US.

On the contrary, the spokesman said, “if Israel or any other country has the ability to help bring about an end to Russia’s brutal aggression against Ukraine, that’s something we would welcome, as long as the terms of that effort are acceptable to our Ukrainian partners.”

It has only been a week since the Netanyahu government took office, yet already the areas of disagreement and, yes, of agreement with the Biden administration have come into focus. •