Sexual abuse doubles, homelessness up 70% for youth amid coronavirus - report

Poverty, unemployment and food insecurity, paired with widespread anxiety and fear, have influenced the rise in violence and abuse. Elem participant: "People like us can die from staying at home." 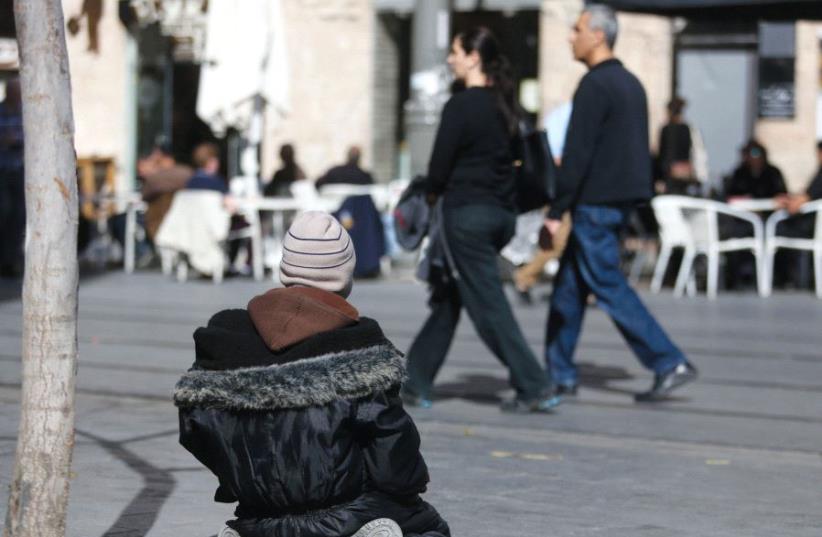 A homeless person in Jerusalem
(photo credit: MARC ISRAEL SELLEM)
Advertisement
Sexual abuse of youth doubled between June and August in comparison to last year, a report showed.
The report by ELEM – Youth in Distress, an NGO that works with at-risk youth, also showed that homelessness among youth saw a 70% increase compared to last year.
In addition to the spike in sexual violence and homelessness, three times as much depression and anxiety among youth, there was twice as much domestic violence, twice as much substance abuse, twice as much loneliness, twice the prevalence of eating disorders and one and a half times the amount of self-harm as the same period last year.
Eighty-five percent more youth were involved in crime or had run-ins with the police compared to previous years, the report also said.
One in every 11 young people met by the organization reported that the coronavirus pandemic severely impacted their home. This impact took the form of hunger and increased poverty, unemployment or depression or attempted suicide by one or both parents.
“There is always an increase [in incidents reported] in the summer,” ELEM’s head of street work, Roy Homri, told Walla. “But when compared to previous information from the same time of year, we are seeing much more extreme events, and a dramatic increase of these events.”
Many families faced poverty, unemployment and food insecurity as a result of the pandemic and this, paired with widespread anxiety and fear, has influenced the rise in violence and abuse, according to the report.
“Dying from coronavirus is dangerous and scary, but people like us can die from staying at home,” a young woman involved with ELEM told Ynet.
“The house is the unsafe place. Young men and women who are sexually assaulted at home: For them their room is not a safe space but a scary and dangerous place,” she said. “They can’t stay home; they can’t be locked in the most traumatic place for them.”
Another young woman who receives help from the NGO said she is verbally and mentally abused daily, and “because of the situation, now it is much more intense. There is nowhere to run – and I just want to jump out of a window and put an end to this mess.”
The increase in substance abuse among youth is another effect of the pandemic.
A young man who is helped by ELEM told Ynet that he turned to drugs to get through the lockdown.
“From being accustomed to being free and walking around, suddenly you are told not to leave your home. You get depressed. I was looking for excitement, something to break up the routine, so I bought drugs and started smoking with a friend. I would smoke every day.”
The report emphasized that the second lockdown is accompanied by a lack of hope.
The authors went on to summarize the report findings, saying “the second wave of the coronavirus will cause new and concerning phenomena to surface, we expect that these will become more serious in the coming months... it seems that the coronavirus is here to stay and the price of the lockdown is enormous,” according to The Jerusalem Post’s sister publication Maariv.
The report was compiled from the testimonies of 6,051 youth, and is the second report ELEM has released during the pandemic.