From Jerusalem to Saudi Arabia: 10 facts on US presidential visits to Israel

US President Joe Biden is set to visit Israel now, but Donad Trump made the trip back in 2017, and so did many US presidents. Here are some facts and numbers.

US President Joe Biden speaks about his economic agenda, during his visit to Cleveland, Ohio, US, July 6, 2022
(photo credit: KEVIN LAMARQUE/REUTERS)
Advertisement

US President Joe Biden will make history this week as the first American president to fly directly from Israel to Saudi Arabia, a country with which Israel has no formal ties.

But he is not the first American leader to be a trailblazer on that route, as former US President Donald Trump flew to Ben-Gurion Airport from Saudi Arabia in 2017, when he first visited the Jewish state.

From helicopter pads to special menus to US flags fluttering off of streetlights, Israel is awash this week in presidential fever.

Below are some facts about past presidential visits to America’s staunch Middle Eastern ally. 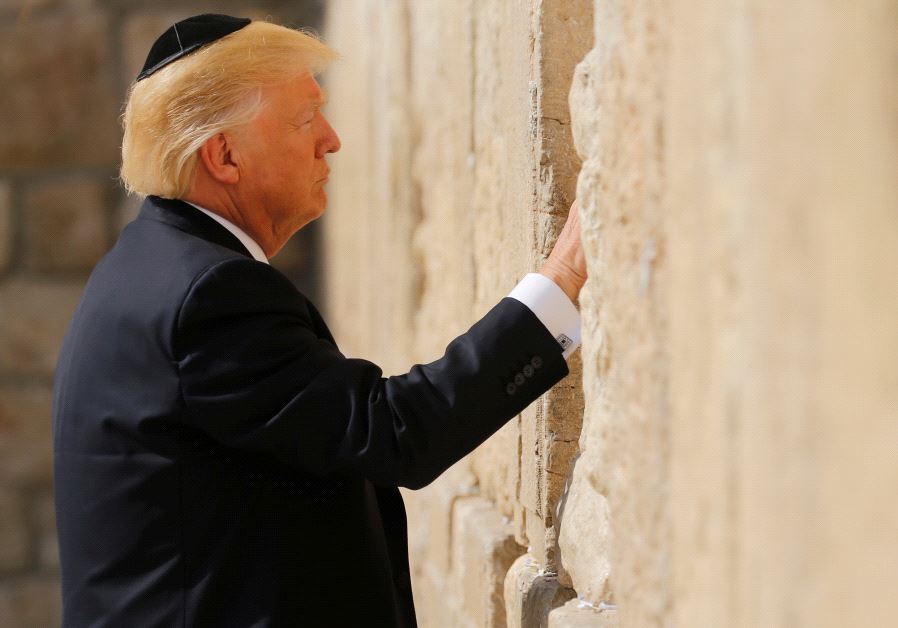 What Middle East country has hosted the most presidents?

Israel is sometimes jokingly called the 51st American state. It is a popular destination for presidential hopefuls and congressional delegations.

When it comes to the White House, however, Egypt has been the most popular destination. From Franklin Delano Roosevelt’s first visit there in 1943, US presidents have made 16 trips to Egypt. Cairo was Barack Obama’s first Middle East stop in 2009, famously skipping over Israel.

Saudi Arabia is the second most preferred nation with 12 presidential trips, narrowly followed by Israel which has seen 11 such visits.

Who was the first president to visit Israel?

Richard Nixon, who made history as the first US president to travel to China, was also the first American leader to land in Israel and Saudi Arabia, visiting both countries in the same trip in June 1974.

Israel was the fifth-to-last country Nixon visited as president prior to his resignation on August 9 of that year.

How many presidents have visited Israel?

Biden might be making his 10th trip to Israel since he first arrived as a senator in 1973 and sat with then-prime minister Golda Meir.

However, he is only the seventh US president in Israel’s 74-year history to visit Israel, following in the path of Nixon, Jimmy Carter, Bill Clinton, George W. Bush, Obama and Donald Trump.

How many prime ministers have hosted a US President?

Prime Minister Yair Lapid will have been at the country’s helm for less than two weeks when Biden arrives, but he is only the fifth Israeli leader in that office to greet a US president.

The only others who have done so were Yitzhak Rabin, Menachem Begin, Ehud Olmert and Benjamin Netanyahu.

Three of the visiting presidents – Clinton, Obama and Trump – were hosted by Netanyahu, who has served longer than any other prime minister.

Which President made the most trips to Israel?

Clinton made four trips to Israel, including one for Rabin’s funeral after his assassination in 1995. Bush and Obama made two visits. Obama’s second brief trip was for Israeli President Shimon Peres’ funeral. Carter and Trump, both one-term presidents, made only one trip each.

Which US presidents addressed the Knesset?

Carter, Clinton and Bush all delivered speeches to the Israeli parliament. Clinton in his address spoke of the importance of peace between Israel and the Palestinians as well as between the Jewish state and the Arab world.

“In times of war and times of peace, every President of the United States since Harry Truman and every Congress has understood the importance of Israel. The survival of Israel is important not only to our interests but to every single value we hold dear as a people. Our role in the war has been to help you defend yourself by yourself. That is what you have asked. Now that you are taking risks for peace, our role is to help you to minimize the risks of peace,” Clinton said.

The survival of Israel is important not only to our interests but to every single value we hold dear as a people. Our role in the war has been to help you defend yourself by yourself. That is what you have asked. Now that you are taking risks for peace, our role is to help you to minimize the risks of peace.”

Did a US President ever visit Masada?

Both Clinton and Bush visited the ancient desert fortress overlooking the Dead Sea where Jewish zealots who hid there after the fall of the Second Temple committed mass suicide rather than be captured by the Roman.

In a speech at the Knesset later that day, Bush said, “Citizens of Israel: Masada shall never fall again, and America will always stand with you.”

Which President visited the Western Wall?

Trump was the only president to visit the Western Wall while in office. The sacred Jewish site, whose wall is the remnant of both the First and the Second Temple, is located in Jerusalem’s Old City, which is situated over the pre-1967 line.

Until then all US President has remained within the Green Line, lest a visit to a Jewish area in east Jerusalem or the West Bank would be seen as nod in the direction of Israeli sovereignty over those areas.

Did a US President ever fly into Gaza?

Clinton flew into Gaza during his 1998 trip to Israel, landing in a marine helicopter at its former international airport. He was greeted by former Palestinian Authority chairman Yasser Arafat, who at the time was in control of both Gaza and the West Bank. Clinton is the only US President to make such a trip.

How many US presidents traveled to the West Bank?