After a year of being empty, cinemas to open next week

For a whole year, films have been delayed, tickets haven't been sold, and audiences are now itching to relive the cinema experience. 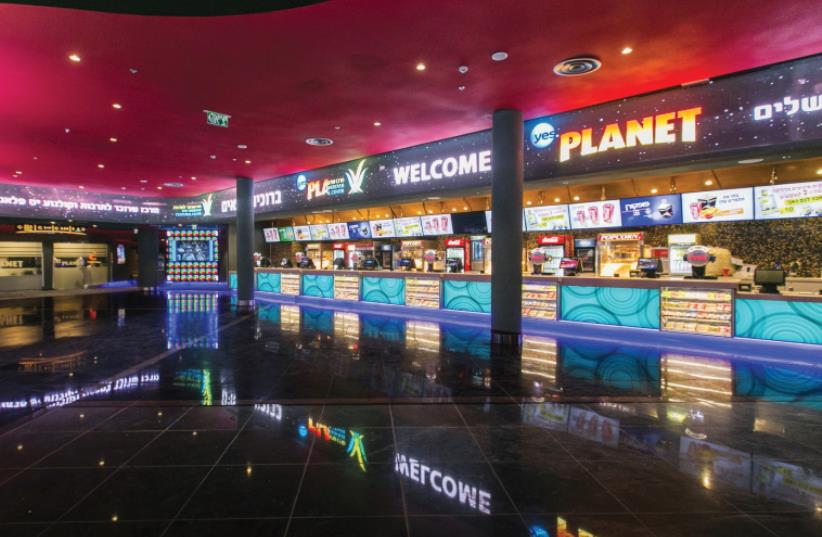 REEL DEAL: The new Yes Planet complex in Jerusalem.
(photo credit: ERAN LAM)
Advertisement
After many months without people going to the movies in Israel, cinemas will be back in business approximately two weeks after Passover.
The green light for cinemas to open was given weeks ago, but the big cinema chains in Israel were waiting to be granted permission to do one more thing, according to an N12 news site report: sell food and drinks at the snack bar, especially since “snack sales are the main profit” in cinema chains, according to Effi Lifshitz, CEO of the Mobiland cinema chain.
For a full year, films have been delayed, tickets have not been sold and audiences are now itching to relive the cinema experience. While cinemas have been suffering for the last 12 months, streaming services such as Disney+ (for US and European audiences) and Netflix have had their content view by millions, since coronavirus restrictions have forced people to stay at home and left them more time to binge-watch. Because of this, many films that were originally supposed to release in theaters have instead been uploaded to streaming platforms. Due to the rise of popularity in streaming services, and the world having undergone multiple lockdowns due to the pandemic, industry executives have worried that this will permanently damage the Hollywood film industry.
But now Hollywood appears to be making a comeback. Cinemas across Israel are preparing to show the big box office hits. There are still many blockbuster films waiting to hit cinema screens. Black Widow has been delayed to multiple times from May 2020 to July of 2021 due to the pandemic.
Locally, the films that are set to be screened as soon as cinemas reopen are Wonder Woman 1984 (including a Hebrew-dubbed version) and Godzilla vs. Kong, which grossed $200 million worldwide, the highest-grossing film of 2021. The film brings together the two most famous monsters in cinema: King Kong and Godzilla. Other blockbusters that are set to release locally  include: Tenet, Mortal Kombat, Tom and Jerry, Fast & Furious 9 and Space Jam 2.
A study by Tulip Entertainment indicates 73% of Israelis miss going to the cinema. It also said that 31% of people below 18 said they would go to the cinema more following the pandemic than beforehand. The survey also showed 48.3% of respondents prefer to watch movies in cinemas rather than at home, while only 26.1% prefer to watch a movie at home.