Iraqi and Jordanian officials met this year in an effort to begin a new electrical interconnection project. 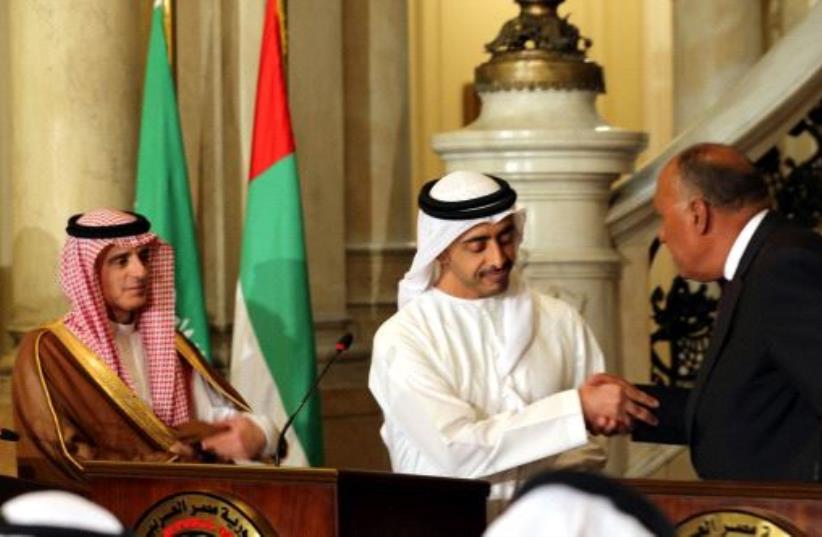 Iraqi and Jordanian officials met this week in an effort to begin a new electrical interconnection project, which will help both countries overcome electricity shortages that harm Iraq’s economy. According to reports, the plan will be part of a larger project that is connected to the Gulf and to Egypt.

What was the meeting about?

Reports at Reuters, Rudaw, Al-Monitor and other publications noted that Iraqi Prime Minister Mustafa al-Kadhimi met his Jordanian counterpart in Anbar this week to launch the project. “The length of the power line would be 16 kilometers inside Jordan and 330 kilometers inside Iraq, starting from the Iraqi-Jordanian border of Trebil, passing through the al-Rutba area, adjacent to the international road, and ending at Al-Qaim station on the Iraqi border with Syria,” noted Al-Monitor.

The project will provide 150 megawatts and eventually 500 megawatts to Iraq.

It should be noted that Jordan’s electricity issues are tied into the wider region. According to a reported deal last year, Jordan and Israel were discussing the kingdom supplying “green” electricity from solar panel farms to Israel, to the tune of some 600 megawatts. In exchange, Israel would send water to Jordan. Reports in August also said Amman would send 80 megawatts to Jericho in the Palestinian Authority.

A worker walks next to parabolic mirrors at the research site of solar power company Brenmiller Energy near Dimona (credit: NIR ELIAS / REUTERS)

“The mechanism of tripartite cooperation between Iraq, Jordan and Egypt constitutes a model for joint Arab cooperation and coordination,” Jordanian Prime Minister Bisher Al-Khasawneh said at the ceremony in Iraq.

“We lay the foundation stone for the project, and we stress the need for serious work and the correct and proper implementation of this project and others, for the sake of Iraq and the Iraqis,” Kadhimi stated.

The deals with Amman are also linked to the Gulf because Baghdad is also working with Riyadh. In June 2021, Kadhimi, Egyptian President Abdel Fattah el-Sisi, and Jordan’s King Abdullah II met in Baghdad and in March, Jordan hosted officials from Iraq, the UAE and Egypt. There have also been more talks since this summer linking Jordan, Egypt and Iraq. And there are also potential tie-ins with Lebanon’s power grid and energy needs, via Syria.

AT THE same time, the Jordan Times reported this week that “the $10.15 billion US assistance to Jordan provided under the US-Jordan Memorandum of Understanding (MoU) on Strategic Partnership comes without stipulating conditions, and is intended to support the kingdom’s water infrastructure and public sector, said US Ambassador in Amman Henry T. Wooster.”

According to the report, the US ambassador noted that “it is no secret that there is a water crisis, not only in Jordan, but also in the region, and the MoU will focus on this sector… it will also focus on the administrative sector and help make it as effective as possible and to make it an instrument that enables the growth of the economy.”

Jordan will receive around $1.45 billion per year in US bilateral foreign assistance from 2023 through 2029.

Together, the energy deal with Iraq and the assistance support from the US can help shore up Jordan and the corridor to Iraq, providing security. This ties in to securing Egypt and the Gulf, which matters because these countries can form a bulwark against terror and extremist groups, as well as the drug trade.

It appears that pro-Iranian militias in Syria are involved with the drug trade of the psychostimulant Captagon (fenethylline) and they have clashed with Jordanian forces in the past. Also, pro-Iran groups operate near Albukamal, threatening the US garrison at Tanf in Syria near the Jordan-Iraq border.

How does this affect Israel?

This also affects Israel because Jerusalem works with Egypt, the UAE, the US and other partners, such as Bahrain and Morocco, on many regional issues and there are issues of water and energy security.

US support for these kinds of processes is important – for example, US support for an Israel-Lebanon maritime deal that would enable more natural gas exploration off the coast.

All of these deals and relationships should be seen as part of a wider process – even if some of them are not directly connected to other countries. For instance, Iraq and Israel have no relations, but both have ties with Jordan, which matters a great deal to all the countries around it – and even to regions, countries and groups further afield, such as the Kurdistan region of Iraq, the UK and US.