It’s fear kindled by the daily dose of bad news we hear on the radio regarding what is happening in this part of the country.

Last Thursday I returned home after 1 a.m. from Gush Etzion, which is in the Occupied Territories/West Bank, where Silvia my Arab Palestinian Israeli colleague and I led a group for Israelis who live there and Palestinians.

As we drove up the lonely dark road through the hills to the meeting place, fears began flooding me. I thought of those settlers who interfere with the Palestinian’s olive harvest, destroying trees and grabbing land. I thought of the possibility that at any moment someone may shoot us from the hills. In one place we were behind a bus that brought Palestinian workers back to their village after a day’s work in Israel and when they stepped off the bus I again felt fear. It’s fear kindled by the daily dose of bad news we hear on the radio regarding what is happening in this part of the country. There was also the checkpoint.

Silvia and I were waved through without even a question while many Palestinians are probably stopped and checked every single day because they might be terrorists. It suddenly became so clear to me how intense and difficult it is to live in this part of the country. Silvia was trying to ease my agitation when she said with a smile: “I wonder what they will write about us, if we get killed here.” I forced a smile hoping to never find out.

When we were almost there we entered an intense traffic jam like I had experienced only in Egypt where cars were in such a jumble and so close together that there did not seem to be any way to get through from one side to another. Luckily we finally did.

Before going to the meeting, I kept thinking whether it was a good idea for me to lead a group in this part of the country at all and mostly in the midst of writing my book. But the request came and I realized that I am in a place of privilege where I live. Relatively far from the Green Line, I do not have to see on a daily basis the dynamics of the occupation. I could actually ignore it if I did not listen to the news. I had been to Beit Jala a few times and led groups there but had not done so for the past couple of years. 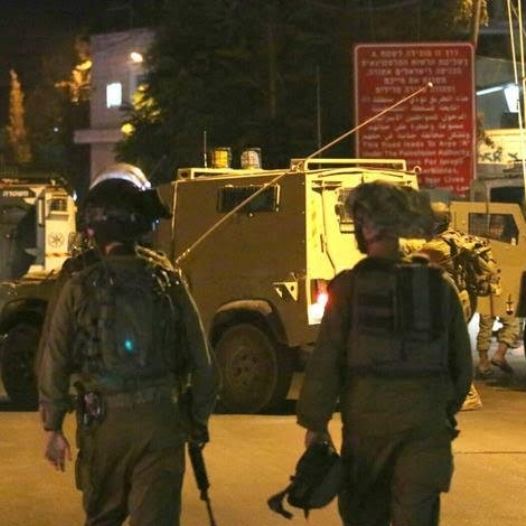 And this group, with which we decided to work, is a special one. It is not a group of Jews and Arab Palestinians who live in Israel. It is a group of Israeli Jews also known as settlers who live in the Occupied Territories also known as the West Bank or Judea and Samaria and Palestinians from Jericho, Bethlehem, Hebron and the surrounding villages. In the end I decided it would be important for me to go there at least once.

Gush Etzion, where the meeting took place, has a unique story because the settlement here began in 1927 after the land was bought from the people of Hebron 20 years before the UN declaration and the War of Independence. During the war there were four Jewish kibbutzim in Gush Etzion who fought to hold on to the land. 242 Jews were killed during the five months of fighting; 127 of those killed had surrendered and were slaughtered by the Arab Legion.

We were invited to lead the workshop by Rabbi Hanan Schlesinger from the nonprofit organization called Roots-Shorashim-Judur whose goal is to foster a grassroots movement of understanding, nonviolence and transformation among Israelis and Palestinians.

When we finally arrived I was a bit surprised (not sure what I expected) to meet kind and caring people who greeted us and really appreciated the three-hour journey we made to be there with them.

As we sat together, shared, listened to one another, moved and danced mostly outside because of COVID-19, I began to sense how unusual it was to have 14 Palestinians and seven Jews, some of whom drove over two hours in order to get there, sitting together so excited about the opportunity to connect and learn about transforming personal and national traumas. A few worked with groups themselves and wanted to learn our approach.

When we finished, one young Palestinian man walked over to thank me.

“You know,” he said, “This meeting was really worthwhile for me. I learned a lot.”

“Wow that’s great,” I replied. “We will be sending you all the materials so you can study them and learn more.”

“OK,” he answered, “but it is not so much what you taught; what made it worthwhile for me to drive two hours through traffic and checkpoints to get here was seeing you and Silvia, an Israeli and a Palestinian work together on painful issues with such harmony.”

I did not know what to say. Later when I thought about it, tears came to my eyes and I prayed that we would be able to create a safe haven to feel the pain, acknowledge the complexity and connect as human beings, that it will be worthwhile and that all of us will somehow, someday soon, make it out of this jumble.

The writer is director of Together Beyond Words, a nonprofit in Israel that works to create safe havens where participants can transform pain related to the conflict into understanding and empathy toward “the other.”