Israeli scientists make unprecedented discovery of earliest modern human outside Africa (Tel Aviv University’s Sackler Faculty of Medicine)
Advertisement
A jawbone with teeth recently discovered in Mount Carmel’s Misliya Cave dating back 177,000 to 194,000 years, proves Homo sapiens were present in the Levant at least 50,000 years earlier than previously believed, Israeli scientists announced on Thursday.Until now, the earliest remains of modern humans found outside of Africa, at the Skhul and Qafzeh Caves in Israel, were dated to between 90,000 and 120,000 years ago.“This finding completely changes our view on modern human dispersal and the history of modern human evolution,” said Prof. Israel Hershkovitz of Tel Aviv University Sackler Faculty of Medicine’s department of anatomy and anthropology.Hershkovitz led an international team of anthropologists that included Prof. Mina Weinstein-Evron of the University of Haifa’s Zinman Institute of Archeology, who discovered the ancient adult upper jawbone at one of the prehistoric cave sites in the area. 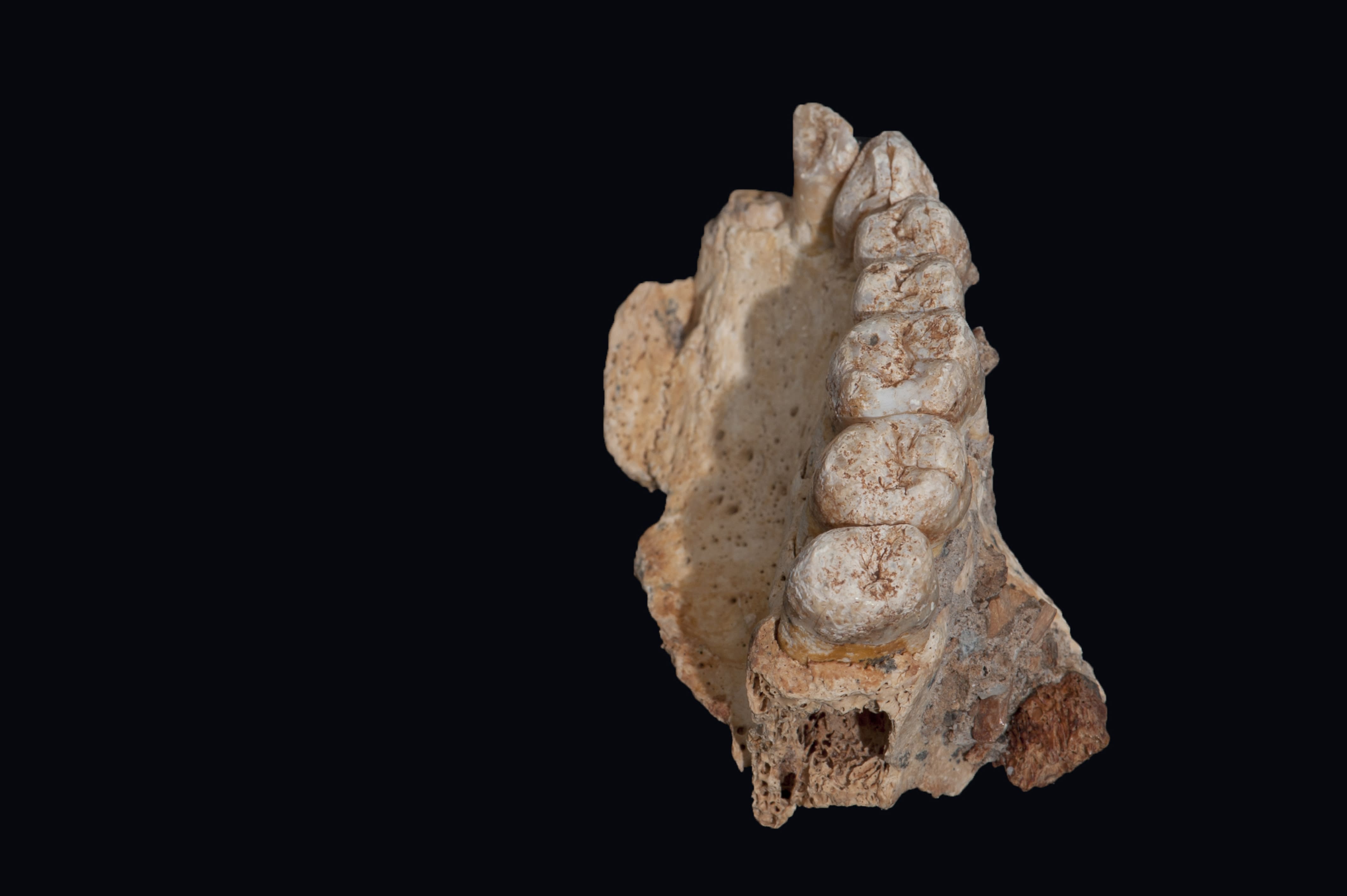 The maxilla (upper jaw) found in a cave in Mount Carmel. (COURTESY OF ISRAEL HERSHKOVITZ / TEL AVIV UNIVERSITY)
The scientists applied various dating techniques to the fossil to determine that the jawbone is at least 170,000 years old. The team also analyzed the remains using micro-CT scans and 3D virtual models to compare it with other hominin fossils discovered in parts of Africa, Europe and Asia.Based on fossils found in Ethiopia, the common consensus among anthropologists has been that modern humans appeared in Africa roughly 160,000 to 200,000 years ago, and that modern humans evolved in Africa and started migrating out of the continent around 100,000 years ago.“But if the fossil at Misliya dates to roughly 170,000 to 190,000 years ago, the entire narrative of the evolution of Homo sapiens must be pushed back by at least 100,000-200,000 years,” Hershkovitz said.“In other words,” he continued, “if modern humans started traveling out of Africa some 200,000 years ago, it follows that they must have originated in Africa at least 300,000 to 500,000 years ago.” 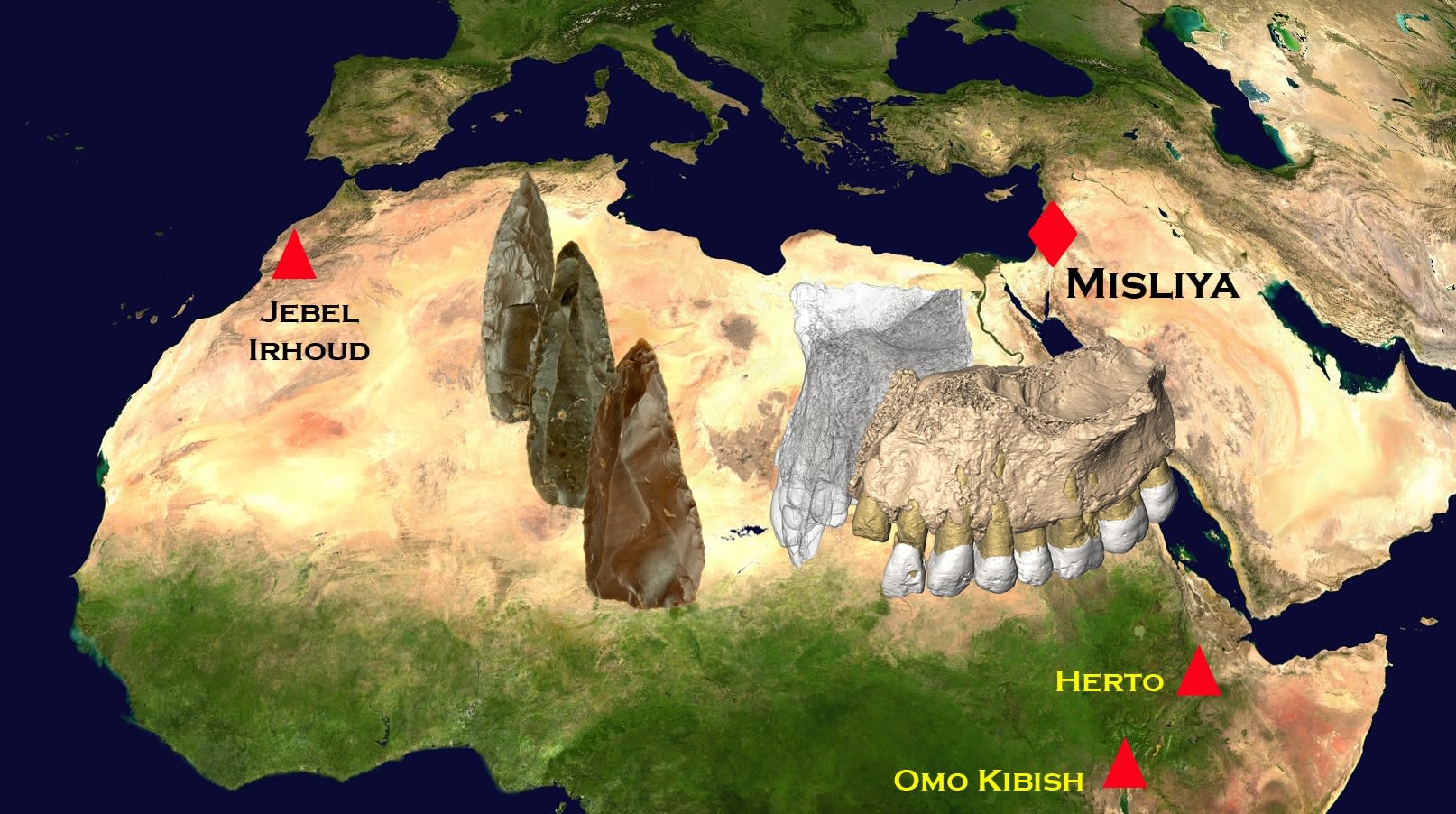 The location of early modern human fossils in Africa and the Middle East. (COURTESY OF ROLF QUAM / BINGHAMTON UNIVERSITY)
Hershkovitz, who also heads the Dan David Center for Human Evolution and Biohistory Research at Tel Aviv University’s Steinhardt Museum of Natural History, said the research makes sense of many recent anthropological and genetic finds.“About a year ago, scientists reported finding the remains of modern humans in China dating to about 80,000 to 100,000 years ago,” he noted. “This suggested that their migration occurred earlier than previously thought, but until our discovery at Misliya we could not explain it.”Hershkovitz continued: “Numerous different pieces of the puzzle – the occurrence of the earliest modern human in Misliya, evidence of genetic mixture between Neanderthals and humans, and modern humans in China – now fall into place.”The Middle East was a major corridor for hominin migrations, occupied at different times by both modern humans and Neanderthals. The discovery suggests an earlier demographic replacement, or genetic admixture, with local populations than previously thought. 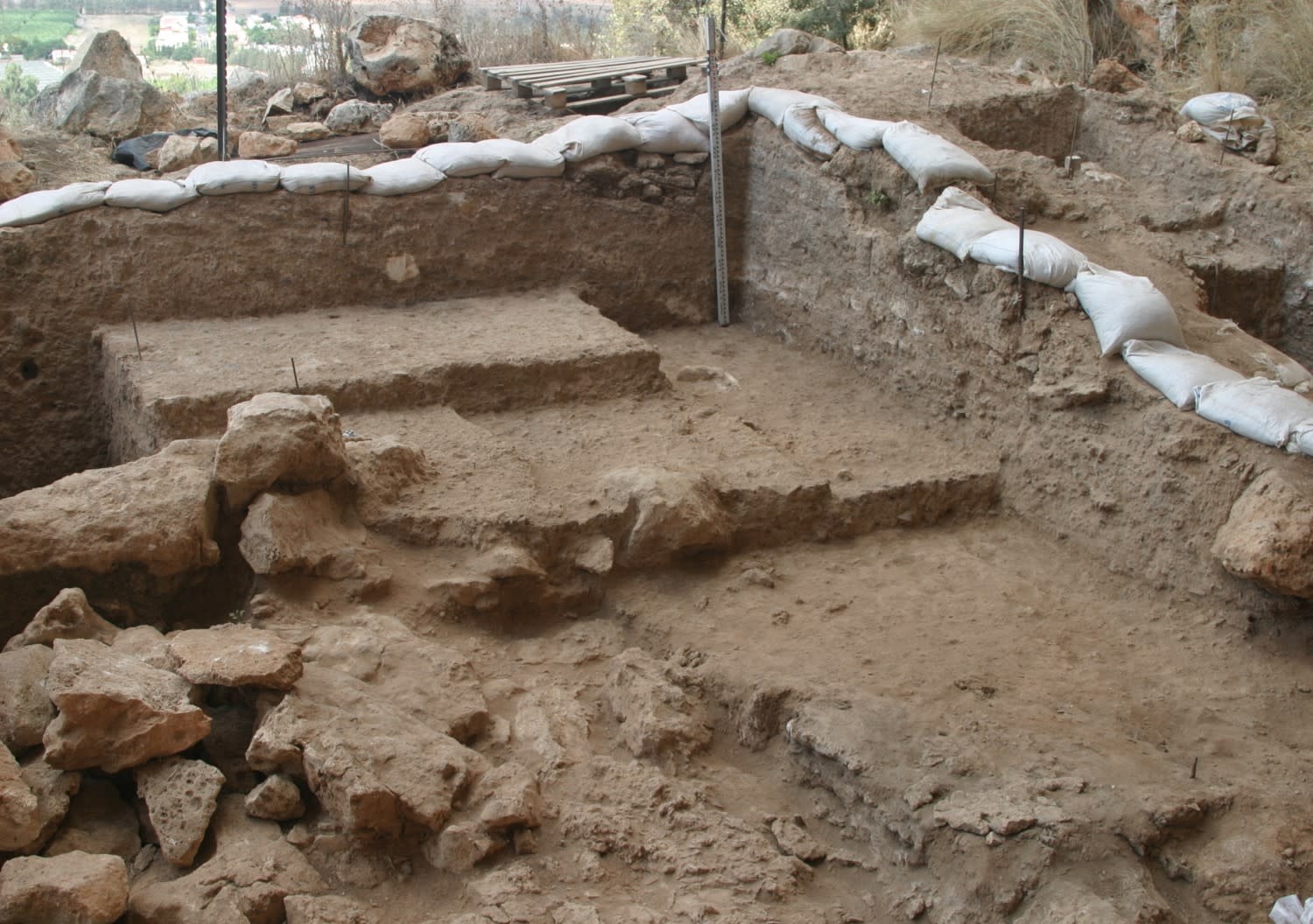 The excavated area where the fossil was found. (COURTESY OF MINA WEINSTEIN EVRON / HAIFA UNIVERSITY)
“All of the anatomical details in the Misliya fossil are fully consistent with modern humans, but some features resemble those found in the remains of Neanderthals and other human groups,” Hershkovitz said. “This suggests that while Africa was the origin of our species, some of our traits must have evolved, or been acquired, outside of Africa.”According to Weinstein-Evron, the inhabitants of Misliya cave were relatively sophisticated at the time, as well as capable hunters of large game species such as aurochs, Persian fallow deer and gazelles.“They routinely used fire, made wide use of plants, and produced an Early Middle Paleolithic stone tool kit, employing sophisticated innovative techniques similar to those found with the earliest modern humans in Africa,” she said.The association of the Misliya maxilla with such evolved technologies in the Levant suggests that their emergence is linked to the appearance of Homo sapiens in the region, Hershkovitz and Weinstein-Evron noted.The researchers’ findings were published in Thursday’s edition of the journal Science.
Sign up for the Health & Wellness newsletter >>