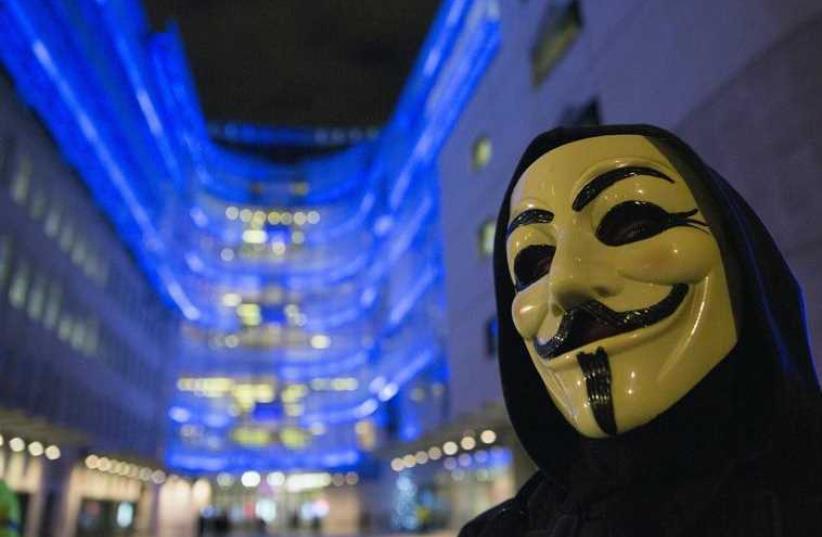 A supporter of the activist group Anonymous wears a mask during a protest against the BBC outside their studios in central London
(photo credit: REUTERS)
Advertisement

A massive hacking operation on web-hosting company Epik, carried out by hacktivist group Anonymous, released the data of 110,000 people including Nazis and far-right extremists, The Washington Post reported on Saturday.

Epik, the Washington-based domain registrar, is significantly popular with right-wing extremists and hosts sites such as the Texas GOP website and several anti-abortion sites such as Texas Right to Life and a site where Texas residents can anonymously "snitch" on abortions, according to independent journalist Steven Monacelli who broke the news of the hack earlier in September.

SCOOP: a group of "hackers on steroids" gained access to a large dataset belonging to Epik, the web host of the Texas GOP website, Texas Right to Life website, and anti-abortion snitch website. pic.twitter.com/2meRX9CAPm

One of the users whose data was leaked was Joshua Alayon, a former real estate agent in Pompano Beach, Florida.

Anonymous' hack exposed Alayon as an antisemitic holocaust denier who once paid for domains such as christiansagainstisrael.com and theholocaustisfake.com. Following the hack, his employers fired him, as reported by real estate news site Inman.

"We don't want to be involved with anyone with thoughts or motives like that," Rick Rapp, the owner of the brokerage who employed Alayon, told TWP.

RALLYING IN support of US president Donald Trump at the Oregon State Capitol in Salem on January 6. (credit: TERRAY SYLVESTER/REUTERS)

In addition, one of the domains hacked was Patriots.win, a pro-Trump message board that was created to replace TheDonald, a Reddit.com forum shut down following the January 6 Capitol insurrection.

Co-founder of Anonymous and security researcher Aubrey "Kirtaner" Cottle told TWP the hack was motivated by their frustration over Epik hosting many far-right extremists' websites in the name of "free speech."

"Everyone is tired of hate,” Cottle said. "These far-right players, they play dirty. Nothing is out of bounds for them," he told TWP.

In response, an Epik spokesperson told TWP that they "do not endorse or condone any one particular ideology and we feel uncomfortable with calls to censor those who use our services."

The spokesperson also added that the hack was an "egregious violation against our users."