Greg Abbott has been the governor of Texas since 2015 and has previously won the 'Friend of Zion' award.

“Hanukkah teaches us the power of hope, faith, and perseverance and serves as a testament to the strength and resilience of the Jewish people,” said Abbott, who lit the “Shamash” – the ninth candle that is typically used to light the eight candles on a hanukkiah – in a statement. “As we celebrate the festival of lights, may we all continue to let our own light shine even during the darkest of times. Cecilia and I wish the Jewish community in Texas and around the world a wonderful Hanukkah.”

Abbott, a Roman Catholic who has been governor since 2015, is best known for his controversies regarding his state’s lack of coronavirus restrictions and for signing a restrictive abortion law last September that prevented women from mail-ordering abortion medication seven weeks into a pregnancy. He is just the third paraplegic US governor and is known as a friend to Israel, signing an anti-BDS bill into law in 2019 and winning the Friends of Zion Heritage Center's "Friend of Zion" award in 2020.

Abbott’s defense of the Texas Jewish community comes as cases of antisemitism have risen in 2021. Last October, the self-proclaimed “Goyim Defense League,” a neo-nazi fascist group based in the United States, hung a banner off a busy Austin overpass that read “Vax the Jews,” an act the Austin JCC (Jewish Community Center) called "extremely upsetting and unsettling."

The so-called “Goyim Defense League” hung a banner declaring “Vax the Jews” from an overpass near a large concentration of Austin’s Jewish population, while a high school was vandalized with antisemitic slogans the same day, leaving local Jews in shock. https://t.co/oYZG3j1UkY

“I have heard, and you may have heard, there have been some incidences recently in Austin, Texas about some antisemitic behavior and actions,” said Abbott. “That is darkness that we must crowd out with the lightness that we can all provide in our community, so that we can show antisemitism is not tolerated in Austin, Texas, or the state of Texas or the United States of America.” 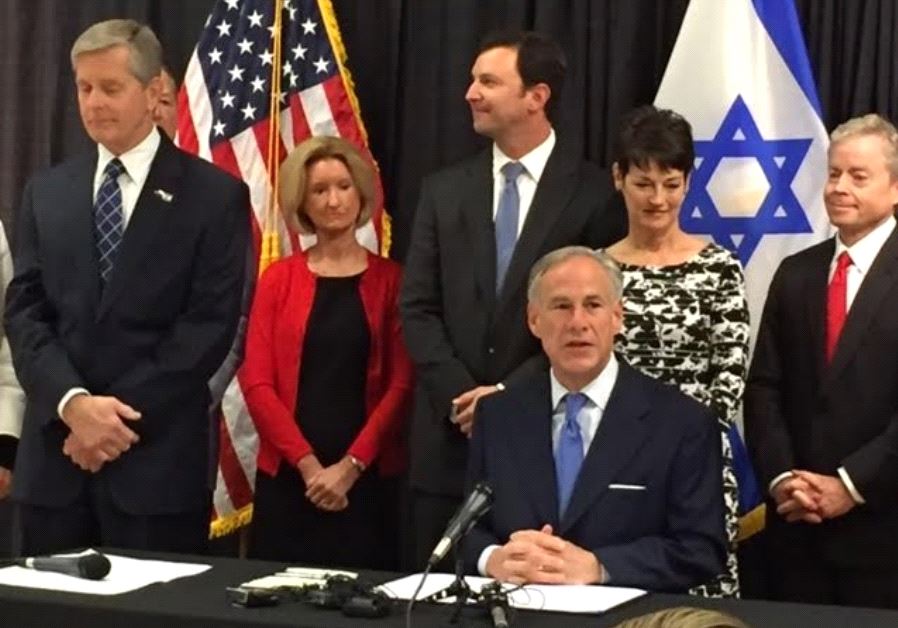 “Even in a time of darkness, we have an opportunity to be a light to those around us,” Abbott declared at the event, which was attended by prominent Jewish groups across the state, which is the second-most populous state in America.

“Antisemitism is not something new to the Jewish community, it’s been going on for centuries,” Marvin Hecker, president of the Brotherhood Group at Congregation Beth Israel, told KXAN. “The celebration of Hanukkah is about overcoming antisemitism.”