Want to increase your libido? Try this physical activity

Pilates is an excellent exercise for improving physical and mental abilities, but a new study found that it also helps the many women who experience pain during sex and those with low libido. 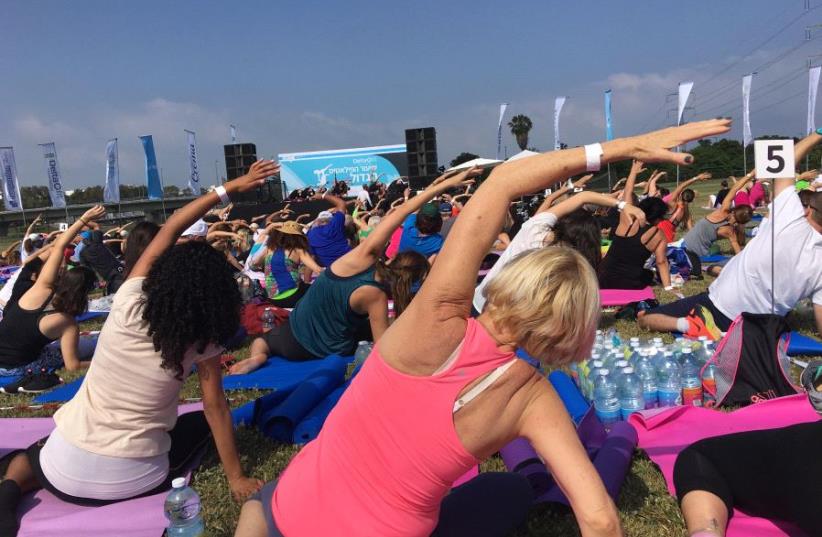 Exercise is always good for physical and mental health, and now, researchers say it may also improve sex life, as long as it's pilates.

A study conducted among women who suffered from low libido, orgasm difficulties and pain during intercourse found that pilates helps deal with all these problems. Pilates, which many women choose as their main exercise, has been shown to increase desire, arousal and orgasms when practiced twice a week.

Turkish researchers say pilates could be an innovative treatment for women suffering from sexual problems, which they believe could affect around 8 in 10 women. Urologists from Sakarya University in Turkey recruited 36 women aged 20 to 50 who had been in a sexually active relationship for at least three months and had regular periods.

The volunteers all suffered from female sexual dysfunction (FSD) with symptoms including lack of sexual desire, difficulties in arousal or orgasm and pain during intercourse. Studies have shown that between 10 and 80% of women worldwide suffer from these symptoms, depending on how the term is defined.

Previous studies have also shown that lower levels of physical activity are associated with a higher risk of having sexual dysfunction. The researchers, led by Dr. Phickret Khalis, said there are few drugs available for FSD, so research is needed on other ways to alleviate symptoms, like physical activity. Each study volunteer participated in an hour-long pilates class twice a week for three months and avoided any other physical activity.

One of the most helpful things you can do is exercise: be it jogging, walking, biking or yoga (credit: PIXABAY)

Before and after the three-month training program, participants filled out one questionnaire about their sex life, and a second questionnaire to assess whether they were depressed. The results, published in the Spanish journal of Andrology, showed that their sex lives improved dramatically.

The reported score jumped from 12 to 29 out of 95 on average. A score below 26 is considered a sign of female sexual dysfunction. Their desire levels improved by 136%, while the number of orgasms increased by 140% and their pain during intercourse decreased by 116%. Meanwhile, their mood improved dramatically.

The women's score on the depression survey dropped from 25 to 14 out of 63. Yet researchers wrote that despite the popularity and health claims of pilates, no research has been conducted to measure its therapeutic effects on sexual dysfunction in adult females.

They added that their findings indicate that the potential of pilates training programs may improve sexual function in women with FSD and maybe even be an innovative treatment option for FSD.

It should be noted that the team didn't investigate the mechanisms behind their findings. They said, however, that changes in women's sexual response are closely related to daily fluctuations in happiness, enthusiasm, calmness and fear. Previous studies have shown that pilates increases mood, life satisfaction and health, which could explain the link.