What are the US-Iran tensions in Syria amid Iran deal talks? - analysis

The US carried out two airstrikes this week after US bases were targeted by pro-Iranian groups in Iraq and Syria for the past ten months. 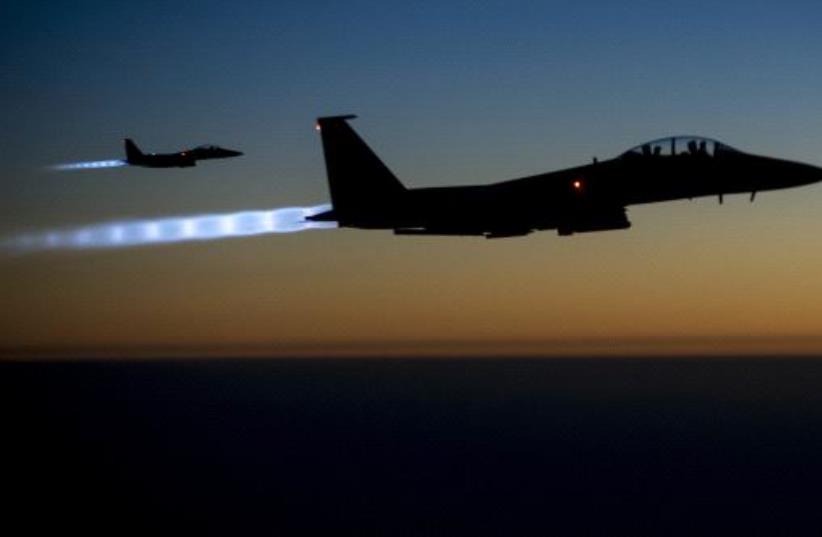 The US carried out airstrikes twice this week against Iranian-affiliated elements in Syria after US bases and forces were targeted by pro-Iranian groups in Iraq and Syria over the past ten months.

The US attacks struck affiliates of the Islamic Revolution Guard Corps (IRGC).

This is important because it illustrates that the US is willing to name Iran and its affiliates as a threat, and because it comes amid rumors that the US and Iran could revive the Iran nuclear deal of 2015.

It is not known how devastating the US attacks were, but reports have said that some militants were killed. “The United States will not hesitate to defend itself against Iranian and Iran-backed aggression when it occurs,” Undersecretary of Defense Colin Kahl said.

“At President Biden’s direction, US military forces conducted precision airstrikes in Deir ez-Zor Syria today. These precision strikes are intended to defend and protect US forces from attacks like the ones on August 15 against US personnel by Iran-backed groups,” the statement said.

“The United States will not hesitate to defend itself against Iranian and Iran-backed aggression when it occurs,”

The US has carried out retaliatory airstrikes against pro-Iranian groups in the past, usually for attacks in Iraq. The reason the US has chosen to respond in Syria in the past was because there is more freedom of action in Syria.

The US is a guest of the Iraqi government and US forces are in Iraq to fight ISIS, not Iran. Pro-Iran militias in Iraq are often affiliated with Iraqi Shi’ite political parties and even receive government salaries as paramilitaries.

What does Iran think?

IRAN TRANSFERS weapons to Syria and through Syria to Lebanon. In the past year pro-Iranian militias in Syria, concentrated near the Euphrates river valley, have increased attacks on US forces.

The fact that the US carried out two rounds of strikes is also unique. However, whether the Iranian units and their affiliates suffered any casualties or whether the attacks resulted in much damage, is unclear.

The nature of “precision” strikes is usually that they are so specific and small that they don’t really result in material setbacks or decisive victories or even deterrence.

Blowing up a truck used to transport munitions, or striking a rocket launcher isn’t a game changer. Does Iran now think it should be more careful in Syria as a result of the strikes? Iran views its militias as cannon fodder. But Iran doesn’t view its IRGC members and officers as cannon fodder, which is why Iran only sends a few IRGC members from Iran to Syria in comparison with the militias it seeks to use on the ground.

Overall Iranian forces in Syria may include a thousand Iranian IRGC members and many tens of thousands of militiamen. As such, a strike on a warehouse, a truck, or launcher or a car may not be a big deal from Iran’s perspective.

That the nuclear talks continue and it appears the US is pushing for a return to a deal is important. The US knows that regardless of a deal Iran will continue its threatening and destabilizing behavior in Syria, Iraq, Lebanon and Yemen.

Iranian media isn’t shouting about the US attacks in Syria because Iran appears to want to downplay the attacks, for now. But Iran will continue to use its proxies in Iraq and Syria to threaten the US.

In addition Iran will continue to use Hezbollah and Palestinian Islamic Jihad to stir up tension with Israel. This is the larger context and a few airstrikes won’t likely change the overall Iranian gameplan for the region.