A new study delves into the fears men have associated with certain career paths that are typically dominated by women, such as early education, due to fears of gender bias.

Men are not as likely to seek out a career in early education along with other careers in some female-dominated spaces, a new study says. According to research published by the American Psychological Association, men will steer clear from those fields due to gender bias.

The findings of this study were published in the APA's peer-reviewed academic periodical, the Journal of Experimental Psychology: Applied.

This bias applies to men in health care and early education fields, among other professional areas of practice.

Following an experiment with nearly 300 online participants from the United States, one group read an article highlighting research that favored female elementary school teacher applicant pools over males in the same field with the same qualifications. A second group read a differing article claiming that there was indeed gender equality in elementary education. A third group did not read any article.

Following the experiment, men that read the piece about male gender bias had the preconceived notion that they should anticipate more discrimination in early elementary education. This would subliminally convince men in this group that if they were to pursue careers in this field, they'd be unable to connect as educators and would not feel a sense of belonging.

This would lead to a lack of interest in pursuing a career in the field of early elementary education. Females in the same group did not appear affected by this information. 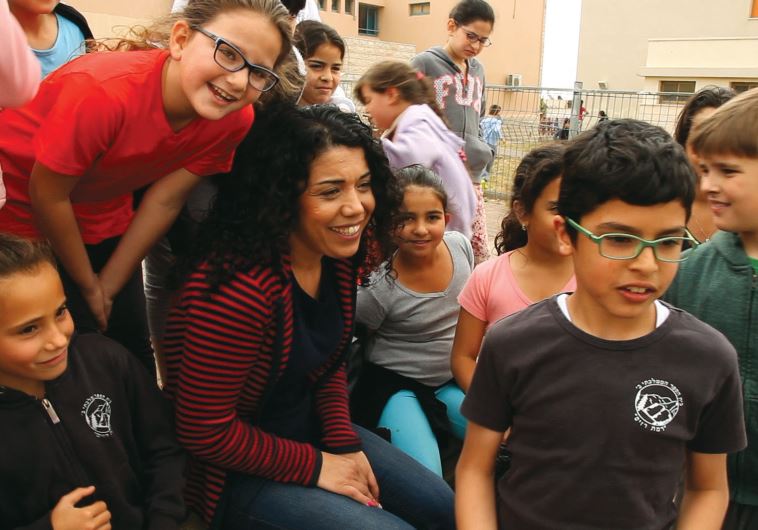 Wafa Hussein,a Muslim elementary school teacher of English and Arabic in a Jewish school in Safed who is loved by her Jewish students and strives for coexistence (credit: IGAL HECHT)

A similar experience with just under 300 at Skidmore College yielded similar results.

What fields do men feel left out of?

Female gender bias in STEM (science, technology, engineering, and math) fields may receive more public outcry, but male gender bias in HEED fields (health, education and economic development) has been largely ignored. This, too, has a major negative impact on male interest in related fields.

“It’s a detriment to society if we keep slotting people into gendered roles and stay the course on gender-segregated career paths, regardless of whether those jobs are traditionally associated with women or men,” lead researcher Corinne Moss-Racusin, PhD, an associate professor of psychology at Skidmore College, said. “That’s a powerful way of reinforcing the traditional gender status quo.”

“There’s no evidence that men are biologically incapable of doing this work or that men and women are naturally oriented toward different careers,”

According to the US Bureau of Labor Statistics, only 3% of preschool and kindergarten educators and only 13% of registered nurses in the US are male. Prior research has shown that male nurses are more frequently the victims of workplace bullying, over females. Male teachers in the early education space have also reported higher levels of discrimination. They have been perceived as less likeable and less desirable candidates and are often seen as bigger threats to children than their female counterparts.

This primarily traces back to traditional views of motherhood, and the stereotypical image of women being more affectionate and caring. This runs a wedge through career advancement opportunities for men in those fields, Moss-Racusin said.

Men also may also find the low pay commonly found in healthcare fields, which may be related to the devaluing of work associated with women, the researcher said.

"More recruitment and mentoring of men in HEED fields could help reduce gender bias and lead more men to seek careers in those fields," she said.