Why the US arrests some terrorists but ignores others - opinion

When the US government really wants to put a terrorist behind bars, it can do so regardless of the legal niceties.

By STEPHEN M. FLATOW
AHLAM TAMIMI, sentenced to 16 life terms for involvement in the suicide bombing attack on the Sbarro pizzeria in Jerusalem in 2001, hugs her father who came to greet her at Amman airport in 2011 following her release from prison in Israel.
(photo credit: MUHAMMAD HAMED/REUTERS)
Advertisement

A terrorist involved in the Pan Am 103 bombing has been taken into custody by the United States in Libya, even though the US and Libya do not have an extradition treaty. Yet for years, US officials have claimed that they can’t apprehend Palestinian Arab terrorists involved in killing Americans because the US and the Palestinian Authority don’t have an extradition treaty.

Why the double standard?

On November 16, the Libyan news media reported that Abu Agela Mas’ud had been “kidnapped by armed men” from his residence in Tripoli. Last week, the Biden administration announced that US officials took him into custody and flew him from Libya to the US to stand trial in the 1988 attack, in which 270 Americans were murdered.

That means either American agents went into Libya and arrested Mas’ud, or that individuals acting at the behest of the US did so. But how could the US take him into custody in a foreign country if it does not have an extradition treaty with that country?

The answer is simple: When the US government really wants to put a terrorist behind bars, it can do so regardless of the legal niceties. American governments have on many occasions found ways to pressure such countries into surrendering suspects.

In fact, because of the expense and inconvenience of extradition proceedings, the US sometimes compels countries with which it does have treaties to surrender suspects outside the regular process. This happens often with Mexico – to the point that law enforcement authorities nickname this method “extradition Mexican-style.” 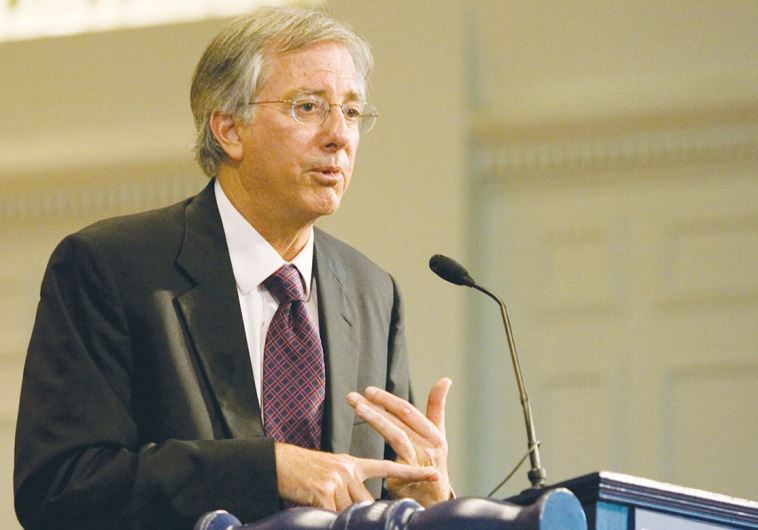 That’s why it was so outrageous that US Mideast envoy Dennis Ross invoked the extradition treaty excuse when he spoke with the students and faculty of the Jewish Theological Seminary in June 1997. They were upset because terrorists involved in the murders of JTS rabbinical student Matt Eisenfeld and his fiancée Sarah Duker were being sheltered by the PA.

Ross disingenuously declared that “one of the obstacles to doing that [bringing Palestinian killers to the US for trial] is the fact that the US does not have an extradition treaty with the Palestinian Authority.”

“One of the obstacles to doing that [bringing Palestinian killers to the US for trial] is the fact that the US does not have an extradition treaty with the Palestinian Authority.”

Equally outrageous was the letter that the US ambassador to Israel, Edward S. Walker, Jr. wrote on December 21, 1998, in which he stated that Palestinian killers of Americans could not be brought to the US for trial because “under international law, there is no extradition except between states, and the US does not recognize the Palestinian Authority as having the attributes of statehood.”

IT’S REMARKABLE that no journalists have called up Ross or Walker to ask them what they think about the US somehow managing to apprehend the Pan Am 103 bomber without any extradition treaty.

It’s also remarkable how many Palestinian Arab killers of Americans are hiding in plain sight. That is, the Israeli government has publicly identified them as employees of various branches of the PA – so if US agents went to arrest them, they would know exactly where to find them.

Some are officers in the Palestinian Security Forces. Amin el-Hindi, who was involved in the 1972 Munich Olympics massacre (in which US citizen David Berger was murdered) served as chief of the PA’s General Intelligence Service. Another killer, Hussain Fayadh, who was involved in the 1978 Coastal Road massacre (in which US citizen Gail Rubin was murdered), has served as an adviser to PA chairman Mahmoud Abbas.

There’s Ahlam Tamimi, one of the participants in the Sbarro pizzeria massacre in Jerusalem in 2001 in which an American teenager, Malki Roth, was murdered. She has a $5 million (NIS 17.2 m.) price tag on her head through the US Rewards for Justice program yet she lives comfortably in Jordan, an American ally that refuses to turn her over for prosecution in the US.

And don’t forget about Muhammad Abbas, aka Abu Abbas, head of the Palestine Liberation Front, who publicly admitted that he masterminded the 1985 Achille Lauro hijacking in which US citizen Leon Klinghoffer was killed. Abbas was convicted in absentia of murder in Italy in 1986. From 1998 to 2000, he lived openly in PA-controlled Gaza. Yet the Clinton administration failed to indict him or seek his arrest.

In April 2003, US forces in Iraq captured Abbas during the course of other military actions. Senior PA official Saeb Erakat denounced the US for arresting him, claiming that the Oslo Accords prohibited the prosecution of anyone involved in terrorism before 1993. That was a lie; the US is not a signatory on the Oslo Accords and the accords say nothing about the US prosecuting anybody.

According to The New York Times (November 3, 2003), during questioning by US officials, Abbas “admitted enough [about the Achille Lauro attack] to make him a co-conspirator.” Yet he still was not indicted. Eventually, he died of natural causes in Iraq.

All of this brings us back to the question I asked at the start of this article: Why the double standard? The answer is that sending US agents into PA territory to arrest killers of Americans – or even arresting them in Jordan or Iraq – would anger the Palestinian leadership, create tension in America’s relationship with the PA, and thereby undermine the Biden administration’s goal of giving the PA a sovereign state along Israel’s old nine-miles-wide borders.

And that’s why the Pan Am 103 suspect is being brought to trial, while Palestinian Arab killers of Americans are still walking free.

The writer is an attorney and the father of Alisa Flatow, who was murdered in an Iranian-sponsored Palestinian terrorist attack in 1995. He is the author of A Father’s Story: My Fight for Justice Against Iranian Terror.