Jeremy Bernard Corbyn is the current leader of the British Labour party and the opposition leader since 2015. Corbyn was born in Chippenham and was raise in Shropshire and Wiltshire. Before pursuing his career as a left-wing political activist, he attended a grammar school in Shropshire and a technical college in North London. He was a Trade Union Representative while living in London and in 1983, he was elected as the Member of Parliament for Islington North. Jewish leaders criticized Corbyn for not recognizing antisemitism. Recently, Jeremy Corbyn and Theresa May, the British Prime Minister, had a heated argument in the House of Commons over the same antisemitism issue. Both of them demanded apologies for racism in their respective parties. In 2018, Jeremy Corbyn called for the resignation of Amber Rudd, a member of the conservative party and the British Secretary of State for Work and Pension, because of the Windrush scandal.

Labour leader Keir Starmer has to work with Corbyn allies, win back Jews

With the far-left anti-Israel campaigner Corbyn at its helm, Labour was fractured by multiple scandals and lost the support and confidence of a large portion of the country’s Jewish population.

By CNAAN LIPHSHIZ/JTA
14/04/2020
What does Starmer's election as Labour leader mean for British Jewry?

Jewish MPs were hounded from their party, and some Jewish families contemplated leaving the country if Corbyn won the December 2019 election. It is natural to feel relief that Corbyn has gone.

Starmer ran as a unifier. But he can't cure the party of antisemitism if he won't identify where the disease is coming from.

To paraphrase Corbyn, under a Sanders presidency, the US’s warm relationship with Israel could come to an end. It remains to be seen if the US passes its Corbyn test.

The race to choose Labour's next leader is on, but the process is a long, drawn out one.

“The Labor Party has reached a shameful post-Zionist end,” so what is going on and why?

By JANE BIRAN
11/02/2020
How well can British Labour candidates tackle antisemitism in the party?

Corbyn remains highly popular among the membership; a recent YouGov poll found him to be the members’ most popular Labour leader in the last century.

In December, the British people delivered their verdict: a devastating rejection of Corbyn, his hard-left agenda and antisemitism. 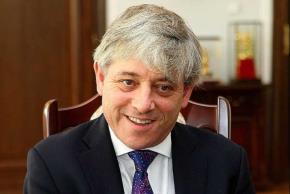 1 Could wearing a mask for long periods be detrimental to health?
2 Joe Biden's nickname for US President Trump: 'President Tweety'
3 Archaeologists discover 2,000-year-old unique complex by the Western Wall
4 COVID-19 no longer infectious after 11 days, new study claims
5 Roger Waters – getting a taste of his own medicine