Some 20 Jews belonging to the extremist Lev Tahor sect were arrested in raids by Mexican immigration authorities.

The raid was carried out in a Mexican migration control facility on the country’s border with Guatemala, where the sect members were being held, according to the report.

Following the raids, the families of the detained Lev Tahor members protested the conditions in which they were kept in the facility, with information on their living situation “aggressively constricted” by Mexican authorities, the report said.

According to Mexican reports, the sect members are being kept in "subhuman conditions."

The families also protested the arrests, claiming that the 20 Jews detained in the raid all had the necessary permits and paperwork to stay in the Central American country. 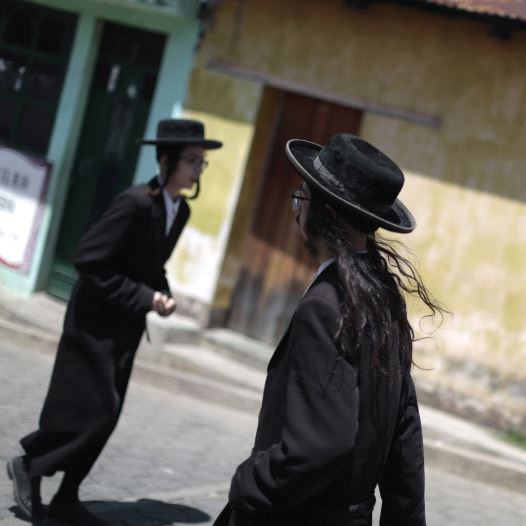 Israel Amir, a former Lev Tahor member who was reportedly working with former Mossad agents to gather intelligence on the cult, successfully managed to rescue his son from the cult during the raid, and the two landed in Israel on Tuesday morning, N12 reported.

Amir left the cult in 2019 and has since been trying to rescue his now-four-year-old son who he was forced to leave behind. He has been working with the Mossad for the last two years to gather information and figure out a way to successfully extract his son from the cult.

Information on the cult obtained by Amir’s team included reports of child abuse and neglect of the children, including photos of children in cages.

What is Lev Tahor, the extremist Jewish haredi sect?

Lev Tahor was established in the 1980s in Israel and practices a fundamentalist version of hassidism. Among the laws of the sect are requiring women to cover themselves in black from head to toe, and forcing young girls to be wed to older men.

Their membership has been located in countries throughout the world including in New York, Israel, Canada and Guatemala and members have also been spotted in Turkey and Bosnia and Herzegovina. Several have made clear their intent to move to Iran, after having pledged allegiance to Supreme Leader Ayatollah Ali Khamenei.

Members of the cult have been put on trial in Israel and the US on a variety of charges, which include child abduction. In April, leader Nachman Helbrans was sentenced to 12 years in prison along with another senior member on crimes of kidnapping and sex trafficking.

The ruling noted that Helbrans showed "not a single ounce of remorse for his behavior." In his defense, Helbrans said he was only punished because "I was a pious Jew," haredi media reported.