What were the top ten most popular stories this Jewish year?

Thank you for reading the Jerusalem Post this year. Shanah Tovah! 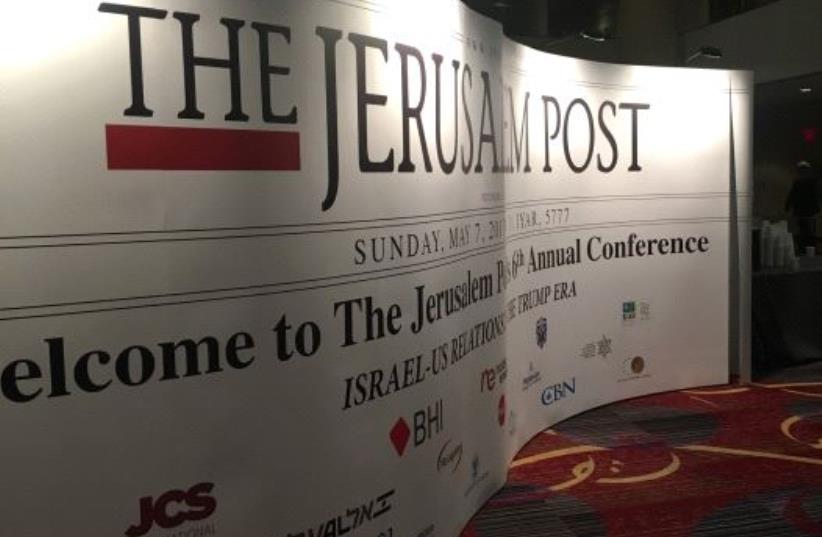 As the Jewish new year comes to a close, and a new one begins, The Jerusalem Post looks back at some of the most popular stories our readers have enjoyed this year. As events have unfolded, we've enjoyed having you discover and learn along with us, and we hope that we continue together as the sweet new year blossoms.

At the beginning of the Russia-Ukraine War, Russian entrepreneur Alex Konanykhin offered a $1,000,000 bounty to military officers for the arrest of Russian President Vladimir Putin. As of yet, no one has taken Konanykhin up on his offer, and it's unclear if it still stands. While there have been some protests against Russia's invasion, the citizenry has truly erupted in outrage now that Putin has ordered a partial mobilization of military reservists.

Read more about the bounty on Putin here.

If there is one thing that readers of The Post enjoy, it is reading about asteroids and other celestial bodies. On November 26, The Post reported how an asteroid the size of the Washington Monument was set to pass by Earth in December 2021. That same month, asteroids the size of the Eiffel Tower and Burj Khalifa passed by Earth. Thankfully these space rocks didn't collide with us. However, in March 2022 one asteroid did strike Earth just two hours after it was discovered — but luckily it was a small one and burnt up in the atmosphere. Hopefully, the Earth won't have close encounters with larger asteroids this coming year.

Early in the Russia-Ukraine War, there was still hope for the success of peace talks. Israel was seen as having an important role in mediation, as an advisor to Ukraine’s defense minister Markiyan Lubkivskyi in March. While Lubkivskyi thanked Israel for its support, concurrent reports in Israeli media claimed that then prime minister Naftali Bennett had pressured Ukrainian President Volodymyr Zelensky to accept Putin’s demands.

50 Most Influential Jews of 2022, featuring No. 1: Ukraine's President Volodymyr Zelensky. (credit: JERUSALEM POST, OFFICE OF THE PRESIDENT OF UKRAINE)

4. Russia publishes an official list of states it deems 'unfriendly' to it

As sanctions were leveled against Russia for its invasion of Ukraine, Russia responded by publishing a list of countries considered "unfriendly" to it, Russian companies and citizens. The law became the basis of many of Russia's counter-sanction actions and legislation.

Last December, when the Omicron variant of COVID-19 was wreaking havoc, researchers at Sheba Medical Center determined that The neutralizing ability of even three shots of the Pfizer corona vaccine is four times less against the Omicron than the Delta variant. Thankfully, Omicron was found to be milder than previous variants.

Early in the Russia-Ukraine War, Ukraine found an ally in the hacktivist collective Anonymous. A Ukrainian cell declared a cyberwar on Russia, hacking into federal databases and releasing around 360,000 documents pertaining to censorship and control of media. Hackers claiming association with Anonymous have continued to launch cyber attacks against Russia, and as the Iran protests have unfolded recently, they've also launched hacks against Iran in support of demonstrators.

A school district in suburban Fort Worth, Texas, ordered its librarians to remove an illustrated adaptation of “The Diary of Anne Frank” from their shelves and digital libraries, along with the Bible and dozens of other books that were challenged by parents last year. After the outcry, the superintendent said that the books would be returned, and was just undergoing evaluation.

The 43-million-year-old remains of a four-legged killer whale, found in Egypt's portion of the Sahara Desert, were identified as a newly discovered species. The discovery of this new species is critical to understanding the evolutionary process of ancient whales into the marine mammals we know today, scientists say.

10. Could DNA vaccines be the next tool in the world’s battle against COVID-19?

Read more here to find out.

Thank you for reading the Jerusalem Post this year. Shanah Tovah!